“We are in the phase of reconstruction and replacement.” 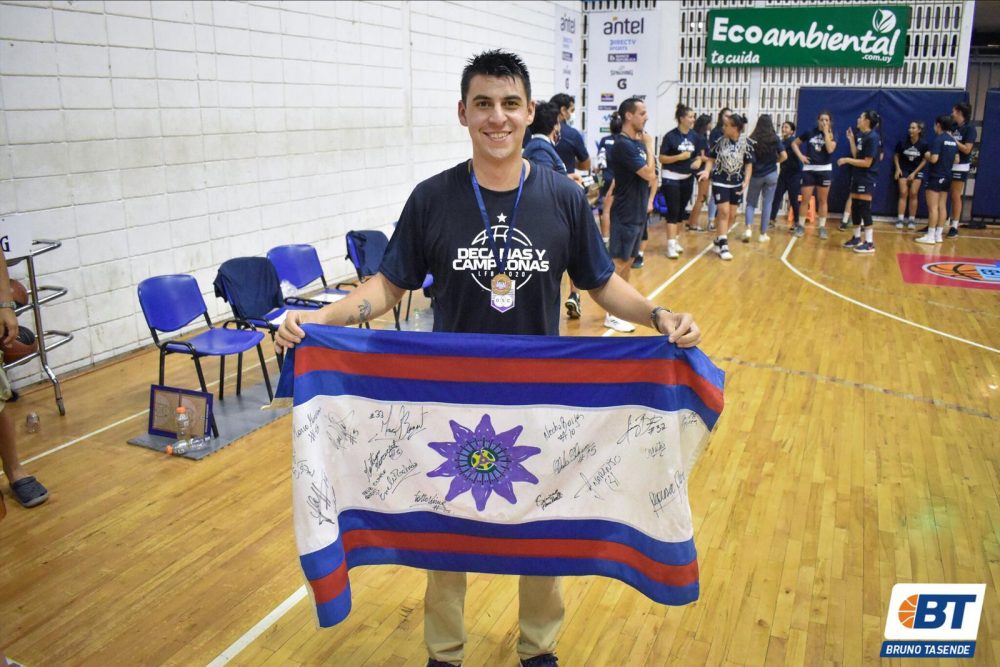 Continuing the round of interviews before the re-launch of the Women’s Basketball League, it was the turn of the current champions. Básquet Total went to Jaime Zudañez and spoke with Gino Alderete, Defensor Sporting’s coach.

How does the preparation come about?

We are doing very well, in the reconstruction phase it is known that there are spare parts in the band and many girls from formations are coming. In addition to the reconstruction, it is a stage to get to know each other to perform in the best way. We are going through a phase where in friendlies we suffered several injuries to important players, which makes the reconstruction slower, because there are key players in the rotation and we don’t have them at the moment.

With the change of team Jesica da Costa has arrived, what do you gain from your incursion and what do you lose with the departure of Giannina Tiscornia and Sylvie Boysa?

Not to mention that with the passing of “Nina” (Tiscornia) and Sylvie we have lost two sporting and human leaders within the team. Speaking as basketball players, we name players who have a lot of intensity and goals, so we also miss out on a good chunk of scoring. During the arrival of Jessica (da Costa) we gain rebellion and experience. Plus, with her arrival, we’ve won a player who’s very good on the outside shot, something we aspire to a lot within our system.

Did he think Jessica is a player to motivate and nurture the youngest?

Yes exactly. We are a young team, we managed to win the title being a young team but not to mention that Sylvie’s departure with her experience and the wallet she plays with was very important in the team especially with this role against Asghar. After losing all of that, we went looking for a player who, in addition to her qualities as such, also had this feature for girls and I think Jessica is the perfect one.

Does Defender go to a foreigner?

Yes, we’re clear we’re going to alien. What we are not clear about is the moment we are going and the position we are seeking. It is something that is under evaluation, waiting for how we will fit into the new roles we assign and how they take on those roles. More in the middle of the tournament, I think we’ll be clear about who we want, because we’re going and when he can arrive.

He made his last appearance in the league and lost to August 25, this year he will make his debut against last challenger Malvin. How much does the first game of the season weigh?

The first match is very important considering that we are achieving the goals we set for ourselves as the tournament progresses. We have very clear goals and this is an important match that has to start with the opposition and whatever the result we will get a lot of positive things from it. We will know where we stand, what we have to improve, what we have to maintain, and what level of athletic competitiveness we will get.

The league format changes again, although this time it’s minimal. Do you think there is continuity or not in the form of conflict?

We are in a moment of regularity, seeking matches between equal teams. This makes the girls grow up in basketball both as a team and individually. Above all, the product of the women’s league is growing. Personally, I stick to last year’s formula that split the teams in two, as we had an example before the Gold Cup where we played three very good matches. It was a more competitive and attractive form of conflict with more duels.

What brought you the news of making Malvin a pro for the women’s team and do you think it’s a way to move forward for the rest of the teams?

It made me very happy. Malvin has been significantly marked by Uruguay’s women’s basketball history. They’re pioneers in all things femininity and it doesn’t surprise me that they were the first to make it professionally. It makes me so happy and I can only tell you, you have to imitate, that’s how the gurisas deserve it.

There are more and more teams and the league is becoming more competitive, how do you feel about this growth?

The league is getting better and there are more teams is a very good thing. I also think we should equal them. The more teams, the more opportunities and spaces for development. But I think they should be settled, perhaps with another A and B class, but without a doubt the more teams, the better.

See also  Rayados vs Atlético Pantoja: The line-up for the CONCATCHAMONA comeback