“We are one step away from achieving the goal” 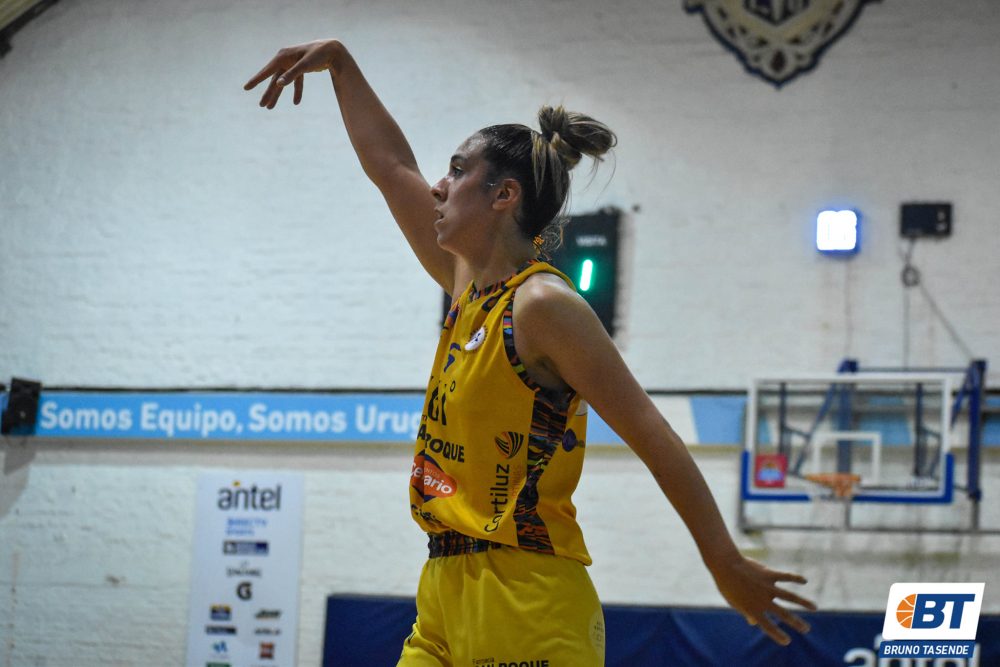 With an excellent performance by Anna Paz, Hibraika McCabe defeated Malvin in a match that was scheduled for the supplemental match and put the semi-final series 1-0. After the match, the foreigner spoke with Total Basketball.

Anna began to talk about feelings after the victory: “At this moment, there are many emotions expressing you. We are one step away from achieving the goal. we are very happy. We are a very positive group and today’s win was very important for us.“.

After opening the match from the defense in the area, he said: “We don’t like scoring in the area very much, we like defending individually. We feel very strong when it comes to defending and that always keeps us up games. We didn’t think we’d be able to hold the area for long, but today was what allowed us to stay in the game and we stuck with that. It was essential to be able to control Puchetti and Somma on the bass“.

And about how he lived the end of normal and extra time, he said: “Malvin is an unpredictable team. They brought up the game after being 12 points behind. At that moment, the thought was to be able to go out to play the extension as a new game, and move forward together. The entrance of Dai (Cartero), who did not have many minutes, was a key in the extension. She was able to affect both sides, after several of her teammates had to go out for a fifth foul or injury. We are very happy for her and that she can contribute to the team“.

He specifically added about entering the second line:We have a very long team. Everyone who comes off the bench has the confidence to shoot the ball or make decisions, whether in attack or defence. This makes us stronger“.

Regarding the injury to Malvin’s foreign Joanna Pochetti, who retired due to injury in overtime and may miss the next match, she commented: “An athlete’s injury hurts. It doesn’t matter if he’s an opponent or a partner. I didn’t like to see Joanna like this, nor in the Defensor (Sporting)-Rowers match with injuries to Julieta Alli and Camila Panetta. Anyway, it pays off for us if Joanna doesn’t play, without Malvin losing weight under the edge. Now we have to rest well and focus on Saturday’s match“.

When he consulted him in his present in Maccabee, he said: “I am very happy in Hibraika. When I left last year I told Lewis (Perry) that if he called me I would be there for him and I would give 100%. Getting to these states was important to achieve the goal, I left last year with the thorn of not being able to achieve it. The overall level of the league has increased from last season, and the standards are high“.

“The dream has been going on since the beginning of the season. We have to go game by minute, minute by minute. Today’s match was very tough and we expect a similar match on Saturday. We focus on the goal’,” the Buzz announced the possibility of reaching the Women’s Basketball League final for the first time.

See also  Summary of the match Pumas vs Toluca (5-0). Objectives