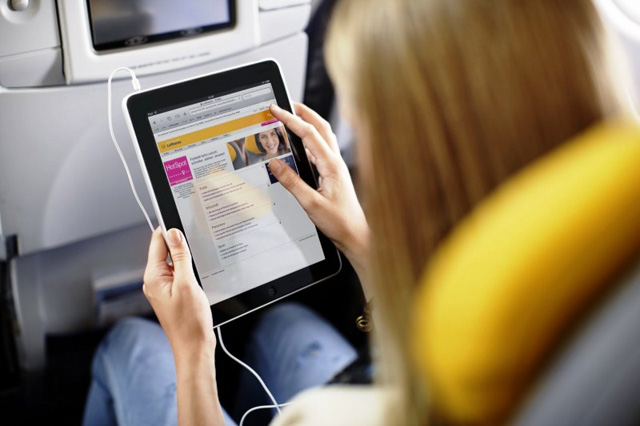 When passengers board a plane, upon takeoff, they are required to put their electronic devices into airplane mode (also called offline profile), an option that can be easily enabled from the settings menu. Is this warning justified and what happens if someone leaves it.

And despite the widespread myth that if activated it could burn an internal panel of the device, the main reason for creating this logo is based on the idea that phone emissions can cause interference.

When this alternative is activated – on mobile phones, laptops, tablets, and handheld consoles – they are disconnected from the mobile network and can no longer receive messages, calls, or connect to the web. It is almost as if the device is turned off.

And while you can access your installed apps, you won’t be able to use any features that require an internet connection. Only downloaded data such as photos, videos, music or movies can be used offline.

The name of this mode comes from the prohibitions that have been in place for years that prevented the use of the device during flights, which prompted manufacturers to design this alternative.

However, nowadays it is also used for other purposes, such as just wanting to disconnect from everything while still using some mobile functions.

When a request is made from the cabin to put the device into airplane mode, the goal is to reduce any potential difficulty in communicating with the control tower, or some other device in the cabin. That is, failure to adhere to this slogan may affect these aspects.

Although basic flight systems are more shielded from the electromagnetic radiation emitted by a mobile phone, communications between the aircraft and the air traffic controller continue to use conventional radio, which is very sensitive to any outside interference. And this is where the offline profile is especially relevant.

If it occurs in any situation during the main stages of a flight – such as landing or take-off – it could put the entire aircraft at risk, including passengers and crew, since it is the moment when the landing coordinates are given.

What’s up with Wi-Fi

Unlike GSM, Wi-Fi’s signal is much weaker at its peak power (100 mW) and has never been recorded as causing any disturbance. For this reason, many airlines around the world provide Wi-Fi connectivity on their planes. The only limitation is that this service cannot be used during take-off or landing or when the aircraft is flying at an altitude of less than ten thousand feet.

For this reason, the European Aviation Safety Agency (EASA) at the end of 2014 made it possible to use mobile phones without restrictions at all stages of the flight. Although this is allowed, companies are required to comply with verification that ensures that signals do not cause interference.

But beyond recent guidelines and changes, various regulators agree that ultimately the need to require the use of Airplane mode on mobile devices remains in the hands of airlines.