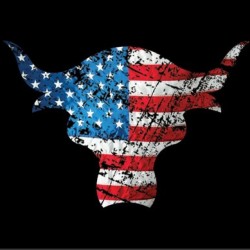 The Phoenix Suns are going nowhere fast in terms of being competitive this season, as they currently sit with a mark of 4-19 this season.

With that, it comes to no surprise that the rumors will be flying about the team looking to unload players, and one such player that might be on the trade block is small forward Trevor Ariza.

Tuesday, New York Times reporter Marc Stein said that Ariza, who signed a one-year, $15 million free agent deal with the Suns in July, is “seen by rival teams at the top of the list of players who will be made available.”

Ariza himself spoke of the situation on Tuesday, and doesn’t feel that he’s going anywhere – at least not right now.

“I’m not one to get somewhere and then just duck out,” Ariza told Gina Mizell of The Athletic. “I’m one to be in it, regardless of whatever the situation is.

“Fight until the end. That’s the type of person that I am, and that’s what I expect.”

The 33-year-old is having an okay season, putting up 9.9 points and 5.6 rebounds per night. While Ariza says he’s fine staying put for now, we shall see if his thoughts change as things undoubtedly get worse in Phoenix.

Rockets to sign Carroll following his split with Spurs

Beilein’s short tenure with Cavaliers about to conclude?

Contending Heat still not where they want to be, Butler says