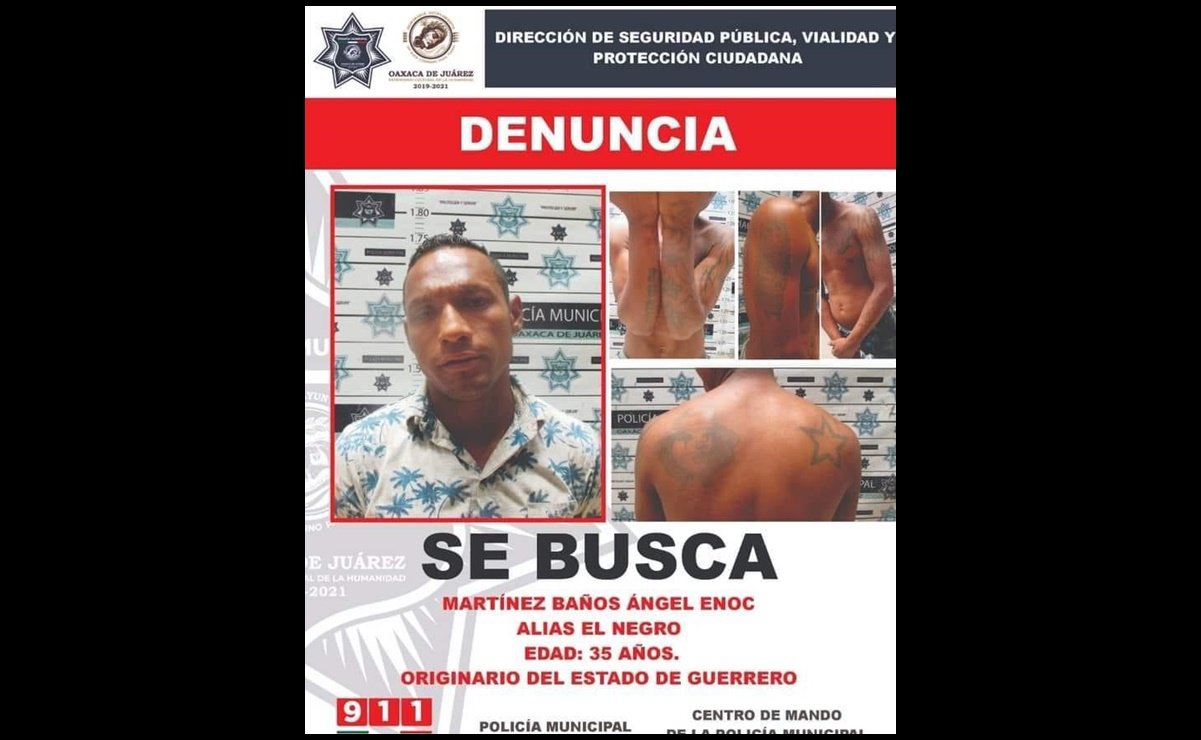 Oaxaca de Juarez. – Directorate of Public Safety, Roads and Citizen Protection in Municipality of Oaxaca de Juarez Search form issued for Enoch Martinez Baños, Who has been identified as the person presumed to be responsible for a death Municipal Inspector, Gregorio Curtis Cruz.

The inspector of the Sub-Directorate for the Regulation of Public Highway Activities died yesterday after several days of treatment in the hospital after he was beaten by the merchant. City Council of Oaxaca de JuarezWhich issued her obituary on social networking sites after his death.

According to preliminary information, last Sunday, the municipal official was beaten by Enoc Martinez Baños, who is from the state of Guerrero, near the temple of Santo Domingo de Guzmán, where Curtis Cruz was practicing his activities, when he was attacked by this person. Who is today a fugitive.

After he was beaten, paramedics took the injured inspector to IMSS Hospital, where he lost his life yesterday.

After confirming the death of the inspector, Mayor Oswaldo García Garcín offered his condolences to his family and condemned the violent act.

It was revealed through social media that the alleged perpetrator was seen near Etla, while others indicated that after learning that he was wanted by the authorities, he fled to the coast of Oaxacan; So far, his family has not been released.