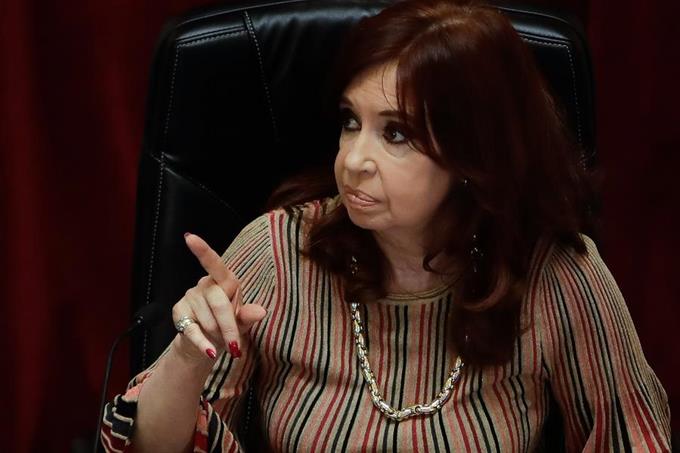 On Thursday, an Argentine judge suspended the decision that enabled former President (2007-2015) and current Vice President of Argentina, Cristina Fernández de Kirchner, to collect a double pension for life: as a former president and another as a widow due to the death of her husband, former President Nestor Kirchner (2003-2007) .

In a brief ruling published by the judiciary today, Substitute Judge Ezequiel Perez Nami, who belongs to Court No. 10 of the Social Security jurisdiction, approved three appeals against the ruling that, at the end of last year, allowed Christina Fernandez to combine these two features simultaneously.

One of the calls came from the National Social Security Administration (ANSES), while the other two opposition MPs came.

Judge Perez Nami explained in the ruling that “the appeals are submitted, in accordance with the provisions of Article 243 of the Civil and Commercial Procedure Code of the Nation, CPCCN.”

With this decision, Fernandez will receive one pension until the National Chamber of Social Security takes a final position on the matter.

In December 2010, the former president received a non-contributory pension for the death of her husband from cardiac arrest, a benefit deemed a monthly lifetime allowance for former presidents that corresponds to her being the widow of the first president.

Five years later, at the end of her second term, Fernandez began collecting another life-long pension, this time for being president.

In 2016, the former president filed a lawsuit after the government of Mauricio Macri (2015-2019) issued a decision requiring the choice of one pension for life.

In her appeal, the then-senator claimed that the administration “had no jurisdiction to suspend the effects of a firm and agreed-upon action,” and considered that there were “self-rights in favor of it that could not be canceled, modified, or replaced in the administrative headquarters.”

Thus, Fernandez demanded the return of the widow’s pension due to the death of former President Nestor Kirchner, as well as the sums withheld as income tax.

Judge Perez Nami himself agreed with the former president in December 2020 and allowed her to collect the pensions again, a decision that was suspended after the verdict was issued today.