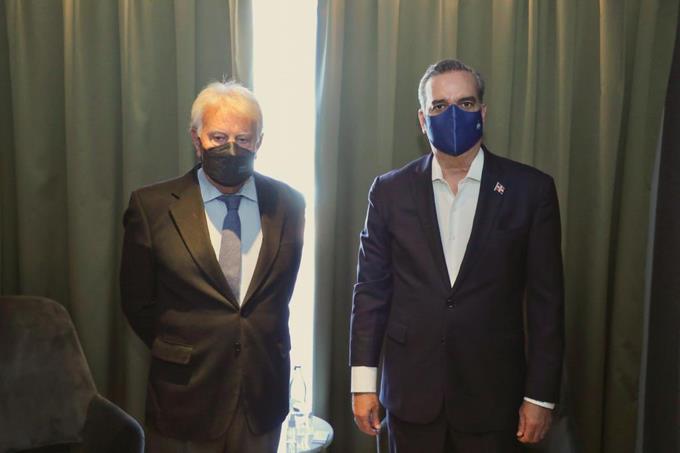 President of the Republic, Luis Abenader, arrived in Madrid, Spain, on Sunday morning for a two-day visit, before heading to Andorra, where he will participate in the 27th Ibero-American Summit, which will be held on Tuesday and Wednesday of next week.

The President immediately announced his first meeting with the former President of Spain, Felipe Gonzalez.

“We started our agenda in Madrid, with a meeting with the former head of the government of Spain, Mr. Felipe Gonzalez,” President Abenader wrote on Twitter.

Also from his chief of security, Major General Céline Rubio, from his aides, Lourdes Herrera and Eileen Beltran.

By 4:30 pm, President Abinadir will meet with a committee of the Modern Revolutionary Party (PRM).

At 8:00 pm, personalities from the Dominican community in Spain offer a dinner for the President of the Dominican Republic and his accompanying delegation.

On Monday, he is scheduled to attend a meeting with King Philip VI.

We started our schedule in Medina # MadridWith a meeting with the former head of government #SpainMr. Felipe Gonzalez. pic.twitter.com/ZGMXQ7BzVE