Abenader: “I will continue to talk about Haiti because of its costs and threats” 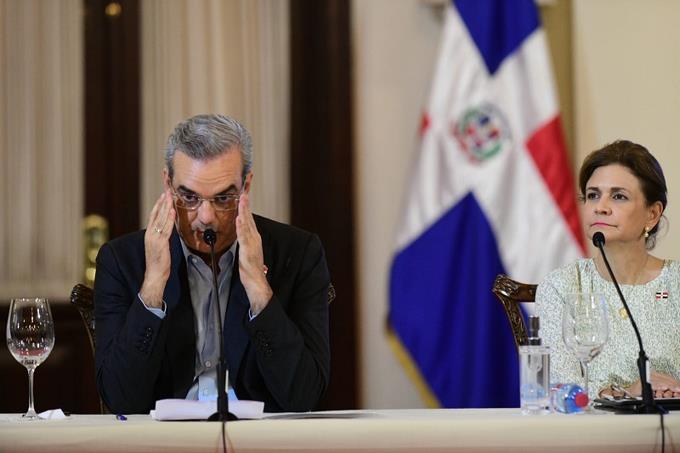 In the White House, the US Congress, before the standing session of the Organization of American States (OAS) and this Friday at a press conference for the Dominican people, President Luis Abenader addressed the Haitian issue and assured that he will continue to do so. Because it represents in terms of costs and threats to national security.

The Head of State spoke these terms after referring to the progress made during his visit to the United States, among which he highlighted his realization of the project that seeks to build two maternity hospitals in the territory of Haiti.

In this regard, Abenader reported that the American Development Bank (IDB) will donate funds to build hospitals that will be set up in northern and southern Haitian towns near the border with a budget of about $440 million.

According to the president, the Islamic Development Bank promised to lead the construction of the facilities and provide the necessary resources for their maintenance for at least five years, in coordination with a US NGO that handles donations and operates from Haiti.

Attention and reaction to the crisis

Regarding the government’s reaction and preventive measures in the face of the instability prevailing in the neighboring country, Louis Abenader stressed that “the army is ready for any situation that arises on the Haitian side.”

He also said they had “all kinds of back-up plans” to keep the peace going.

However, the Chief Executive of the Dominican people reiterated the call to refrain from travel to Haiti, given the insecurity prevailing in the neighboring territory.

See also  Minister Alabi and a health ministry contractor is operating a private clinic without a license, according to Factum Research

“I don’t think any Dominican, unless they have an emergency, which they will know personally, the government’s recommendation is not to travel to that country where there is absolutely no security,” the president said.

Likewise, he expressed that the Dominican-Haitian border is calm and will continue to be that way because the Dominican Army and Armed Forces carry out constant monitoring to ensure peace “at great cost to the country”.

“We don’t have any worrying situation, the important thing is to be prepared,” Abenader added.

Regarding the international community, he emphasized that they had an openness about the situation that had been threatening for a year and that it was the Dominican Republic that was pushing for action.

Abenader also reported that during his recent visit, members of the US Congress expressed their intent to identify Haitians allegedly part of gangs, barred from entering the Dominican Republic, in order to take “coordinated and joint” actions.

On the other hand, no mention was made of the former Haitian prime minister, Claude Joseph, who is also banned from entering the country.

“I don’t have any comments about this person (Claude Joseph), we will have to listen to him via tweet from afar,” Abenader said.

Another aspect that the President touched is the border fence, in which he denounced the presence of politicians from other parties interfering in the negotiations conducted by the Dominican State with the owners of the land on which the wall is being built.

Many politicians have stopped doing politics in a job so vital to this country. Since there are politicians of another party who act like lenders and tell them that they will demand money from them and charge money at very exorbitant rates, here too we must have a sense of Dominican and nationality; “It’s also smart for them to have a fence that protects their property,” the chief executive said.

The President took the opportunity to report that the first phase of construction of this fence will be “delivered on time” and that they are already in the bidding process for the second phase which “has more to do” with the technological elements.