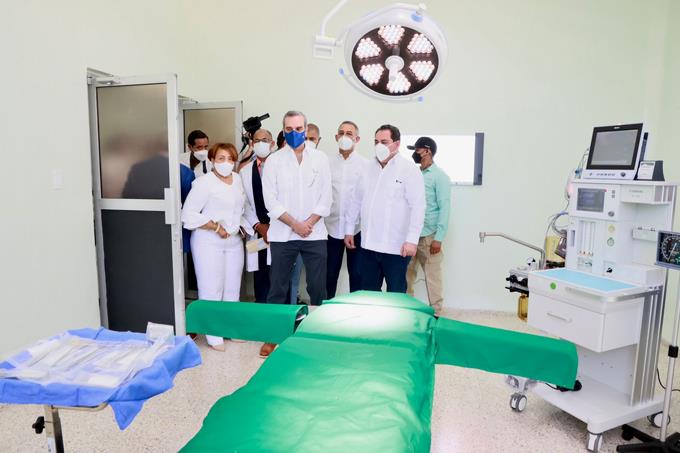 President Louis Abenader established the difference between his government and other administrations, with the transparency with which public funds are handled.

By leaving the opening of the renovation of a medical center converted into a municipal hospital in this administration, the president said he is working to increase the state budget to protect health and meet other social demands

“That’s why in the budget, we look for every penny honestly and transparently. What we want here is that the money that is paid in taxes really goes to satisfy people’s problems and not into some people’s pockets. That’s the difference between us,” Abnader said.

Before ordering the works of the priest of the Church of Our Lady of Fatima, Domingo Portalatin, the president reported that next year the Ophelia Medina School, which had been under construction for 10 years and would finish other schools that had problems with the subject of the land.

He ordered the improvement of 10 houses out of 20 requested by the priest.

He pointed out that the hospital center has been adapted and equipped with investments estimated at 12 million pesos, and that it will come into operation as of next Monday.

At the ceremony in front of the aforementioned hospital, they were accompanied by President Abenader, the Administrative Minister of the Presidency of the Republic, José Ignacio Baleza, Governor Juana Cristina Mateo, Senator Juana Cristina Mateo, and the Vice-President of the Chamber of Deputies, Olvani. Mendez, Director of the Agroforestry Projects Technical Implementation Unit (Utepda), Elvirpo Hirasme and Director of the National Grape Institute (Inuva), among others.

In his move to the multi-purpose Neyba, where a government council has just started, the president stopped by the Las Marías spa to begin his renovation.