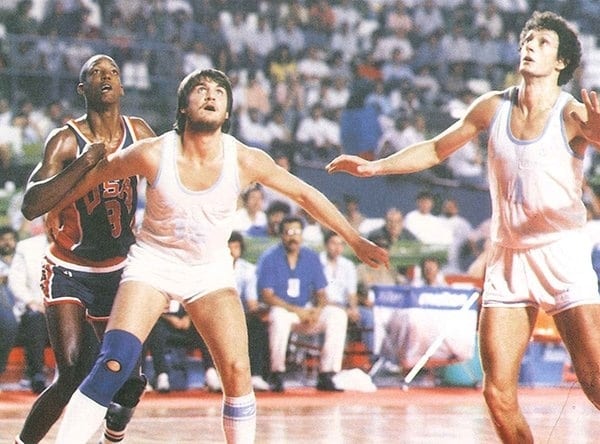 Few remember this achievement: our team dealt a huge blow at the World Cup in Spain and beat the future champion of the tournament 74-70. As was usual at the time, the Americans submitted a college team, but with future NBA stars like Admiral Robinson and Steve Kerr, they just lost that game. 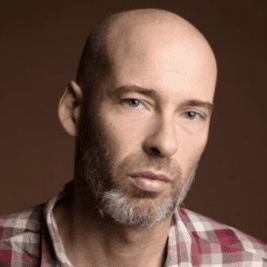 How long do feats last? Years, decades, generations? Do they have an expiration date? Will Saturday stop celebrating 1-0 against Brazil on Saturday in the Maracana? Or is the unforgettable and historical fall out of history? When did the basketball team win? July 13, 1986, 35 years ago yesterday, when you beat the United States in the World Cup in Spain In Argentina’s sporting feat, however, after the golden generation’s victories against the same competitor—already made up of NBA superstars—will it fade into collective amnesia and turn into a simple anniversary?
One piece of information should be enough to put this unforgettable but forgotten victory in context: The United States won the 86 World Cup and lost only one match to Argentina in Oviedo. Not playing the NBA was not our fault. As they used to until the Barcelona 92 ​​Olympics, when they finally started calling all their stars, The Americans made an under-22 team in Spain 86, with college basketball players, but not for that reason exempt from quality and dropping.: 11 of these 12 world champions are going to the NBA and most of them will be absolute stars, like Steve Care and the Admiral David Robinson. The perfect quintet of the 86 World Cup confirms that Spain played 86 phenomena, also east of the Iron Curtain: Drazen Petrovic (then Yugoslavia, Player of the Tournament), Oscar Schmidt (Brazil), Arvydas Sabonis and Valeri Tikhonenko (from the Soviet Union), and Robinson himself.

A victim of eternal leadership struggles, Argentina did not have a good World Cup and finished 12th out of 24 teams. Reconstructing this impossible victory over the United States justifies the titles that made history in the 1980s — Esteban Camisasa, Diego Maggi and Sergio Esporia, among others — the missing link between the 1950 champions, as well as the winners of a college team from the United States in the World Cup final in Buenos Aires, champions Indianapolis 2002 and Athens 2004.

Like it’s wisdom for our sport, which seems to win titles when it doesn’t make it to the championships on the red carpet, there wasn’t much hope for that team. In Buenos Aires, for example, the World Cup was not broadcast on television. Channel Eight bought the rights from Mar del Plata and distributed them to various stations in the country interested in broadcasting the tournament, but not a single match – not even a win over the United States – made it to the screens of Buenos Aires or the suburbs. It is true that precedents did not call us to expect a feat. Led by Puerto Rican Fleur Melendez, the team started the World Cup in Santa Cruz de Tenerife with a first round without much emotion: it beat the countries it could defeat (Netherlands, Malaysia, New Zealand) and lost when it was less than its opponent. (Canada and Yugoslavia). The top three from each region qualified for the second stage, while the national team ranked third, one point ahead of the Dutch.

After 35 years of achievement by Argentina against the United States 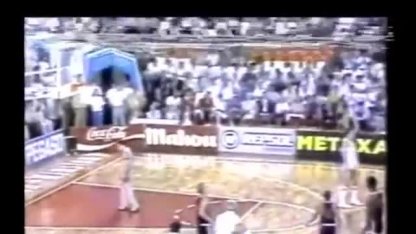 Already at the next stage, also in a group of six teams, Argentina traveled to northern Spain, to Oviedo. Under the tournament regulations, it took defeats to Canadians and Yugoslavs – also secret -, so it was mathematically impossible to qualify for the semi-finals: only the captain and goalkeeper from the new region would advance. On top of the debut was the United States, who won all five matches in the first round (Ivory Coast, China, Germany, Puerto Rico, and Italy). Perhaps due to laziness or lack of tension, the Americans defeated Puerto Rico by only one point but the rest of their victories were decisive, averaging 21 points. Argentina seemed to be on their way to receiving another slap. “The United States and Argentina, an unequal clash,” Spanish sports daily AS reported that morning. Or as Camisassa himself admitted to TyC Sports, in 2020: “They thought the only thing the game would do was see if the electronic scoreboard was working or not, and they would turn us two million points.”.

Except for Amaker, who won’t play in the NBA but will have an impressive career as a college coach and assistant to Mike Krzyowski, the rest will have extraordinary resumes in the top basketball league. Just a few facts: Robinson would be an absolute legend (two-time Olympic champion and two titles with the San Antonio Spurs, ten times voted All-Star and voted NBA Most Valuable Player in 1995); Kerr won eight episodes (five as a player, three with the Chicago Bulls, two with Tottenham, and three as coach for the Golden State Warriors); Shaw would be a three-time champion with the Los Angeles Lakers; Kenny Smith will add two titles with the Houston Rockets; Elliott would win a ring with Spurs. McKee would reach the final with the Indiana Pacers, and Gilliam would score 12,700 NBA points. Sicali would have 6,744 rebounds; Boggis had been playing for 14 years in the NBA, Hammonds would stay for 12 seasons, and Charles Smith would star in the Los Angeles Clippers and New York Knicks before injury ruined his career. But they all lost to Argentina at the Municipal Sports Palace in Oviedo, 35 years ago yesterday.

As Maggie reminded TyC Sports in 2020, “We had little hope of a friendly match against the United States that we played before the World Cup in France”. According to the pivot that in Oviedo would lead to the abolition of Admiral Robinson and he would become the figure of achievement, “In that preparatory match they made a big difference from us in the first half but in the second we played them equally and that gave us some confidence. They were still much better.” Already the night before the match, “Vasco” Espora rebuilt, “Fleur Melendez gave us an exploration of every opponent we had to defend, especially the big guys”. As for Maggie, “Steve Kerr was really a great goalscorer and had to score closely. We had a strong game, with a lot of defense, and put in a good performance up front. The USA came in a bit weak and when they realized that, they had no response. He did to win the match.” 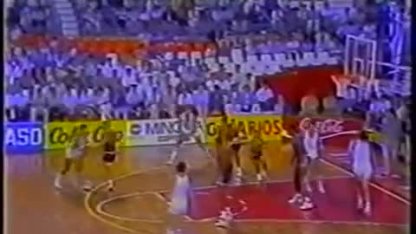 Some images on YouTube, with the technical lack of definition typical of the time but of enormous symbolic value, show the stories of the time: “Farmhouse, brand Kerr, double Maggi.” Records of that day indicate that the Spanish fans cheered for Argentina and that defense is the best, a virtue that, for Melendez, the team hinted at in the first round, in Santa Cruz de Tenerife. “It was necessary to see the confused face of US coach Olson, without being able to change the course of the match despite the permanent changes,” wrote Osvaldo Ricardo Orcasitas (ORO) Special Envoy for El Gráfico magazine. According to the history of the Catalan newspaper “El Mundo Deportivo”, “Argentina put the Americans in a dilemma, who did not rise to the level of rebounds or to penetrate despite Robinson 2’11” and Smith 2’07”.

In different basketball, with very few 3-point attempts (5/8 for Argentina and 4/11 for the United States), the national team has always been on top: 11-10, 24-22, 29-27, 37-34 (at rest ), 44-43, 54-50, 67-56 and 72-62. The last card also shows a huge difference in our favour in defensive rebound, 19 to 11. However, a final onslaught from the Americans, with Maggie already out for five fouls, and a double from Kerr in the absence of 30 seconds. They cut the distance very close to 72 to 70. That’s when Aispurúa got it wrong three seconds before the end and recorded the two most important songs of her life. “I was never a whore after the shift, and I never did it again, but after I fired those two shots, an insult escaped me. It was a mixture of joy and a lack of understanding of what we had achieved.“Remember Vasco for what must be one of the best insults in Argentine basketball.

The game was played on Sunday and for Clarín it will be the main cover title the next day with an image of Montenegro, powered by Maggi and Camisassa, in full Charles Smith label. El Gráfico also dedicated its cover to this feat with the title “Argentine Basketball’s Greatest Victory”. Although the picture – broadcast time issues from Europe to Argentina were nothing instant – corresponds to the match against Yugoslavia, in which the national team played in light blue. In the historic victory over the United States, the national team wore a white shirt. A Photoshop exercise erased the word “Yugoslavia” from competitors’ clothes.

The unexpected champions celebrated that night with champagne and the next day they beat China 97-80, but after the subsequent 78-70 loss to Italy they went to play in Madrid in ninth place. While the Americans would win the next four matches, including the final against the Soviet Union, The fall of Flor Melendez twice in a row against Greece and Cuba was the twelfth place for Argentina, but this feat has already been written. For Maggie, “That was the most important match of my life, I had to defend Robinson and I did really well.” According to Aispurúa, “Although we faced it with all the delusion, we knew it was difficult, and that’s why the celebration was so powerful.” According to Camisasa, “I was the top scorer in that match and the best Argentine striker (four offensive and two defensive), and it was an honor for me. Just as when you defeat these opponents, you give him more value over the years. At the time it seemed important to me. But over time I appreciate it a lot.”

Unforgettable victories, whether it is an anniversary or not, should not be forgotten.