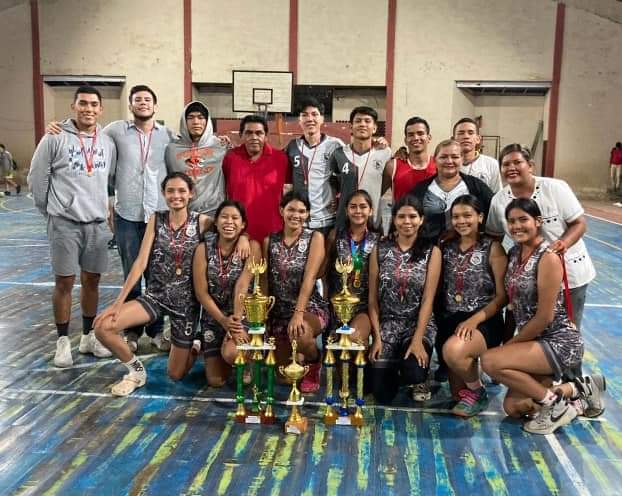 This teaching unit has Riseidi Rune Paz from the fifth grade of high school as the top scorer of the tournament and MVP of the competition Cristofer Gutiérrez from the sixth grade of the champion team.

Andrés Bello’s educational unit clubs doubled by winning the women’s and men’s titles in the first tournament of the interpretation called “Lic. Yaquilin Gutierrez Aguilera”. The finals were held at Las Bambitas Coliseum.

The titles came from the hands of his coach Oscar Justiniano Quispe, who has been able to instill and train for the past seven years. What is basketball, Andres Bello distinguished himself in this discipline in a remarkable way.

Marcia Pinto, Director of the Andres Bello Education Unit, expressed her happiness at completing this year in the sports field with both champion teams and at her commitment to continue training young men and women next year.

“Sports is an important part of the overall training of our students. We thank the parents who support this work as well as Lysis Blanca Guayacoma, the school nurse for her constant support in the various tournaments during the administration period.