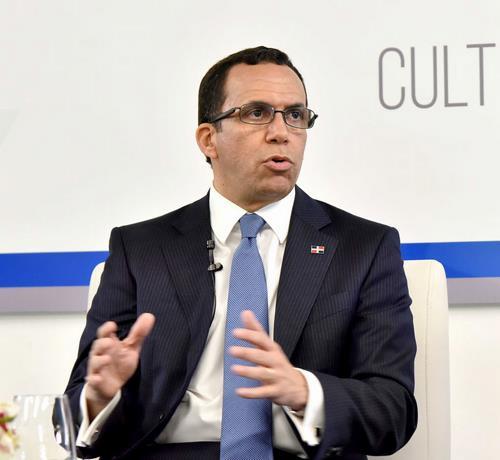 A member of the political committee and former presidential candidate, Andres Navarro, today, Tuesday, began his candidacy for the position of General Secretary of the Dominican Liberation Party.

During a press conference, Navarro launched his aspirations for the position occupied by Reynaldo Pared Perez, who, due to health conditions, said he would not seek repetition.

Navarro’s proposal is based on managing the PLD transformation through a plan of “six axes or dimensions” divided into political, organizational, electoral, institutional, technical and social. These axes will structure the content of the strategic plan that will be presented to the Central Committee in the first three months of its administration if elected.

“It is not easy to transform a 47-year-old organization with a fundamentally political context,” said the former Minister of Education. “It is a daunting task to which I wish to devote my body, mind, capabilities and commitment to it.”

Regarding the reception of his aspirations in the Central Committee, the former consultant expressed his understanding that the Democratic Liberation Party is a completely “democratic and united” party, and that they will take the best decision for the party.

Last week, the Democratic Liberation Party left the registration and election process for that organization’s Central Committee open. It also decided to hold its internal elections.

In these internal elections, 110 seats will be selected at the national level for the members of the Central Committee and 190 seats at the local level, to be chosen by the heads of the Basic Committee for Political Organization, all over the national territory, as specified in the regulations issued for this purpose and the new statute issued this week.

The Purple Party provided the information through a document signed by Cristina Lizzardo, Coordinator of the Organizing Committee of the Ninth Congress José Joaquin Bedo of the Ordinary City.

In the text, Sunday, February 14, 2021, to hold internal elections to elect the members of the Central Committee, and Monday, the 15th for an announcement