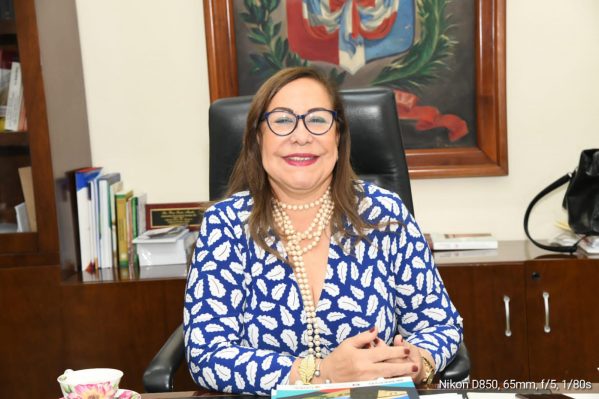 Santiago. – With a special dedication to County Governor Rosa Santos, the XII Ejido Superior Basketball Tournament will be launched on October 28

The event, which will bring together prominent figures in basketball, will be inaugurated in Santiago, and will be held under the roof of Club Samiji, which represents the neighborhoods of Savica, Megaramiento and Ejido.

The organizers of the much-anticipated tournament are the Ejido Independent Basketball Association Senior (LIBSE), who have agreed to appreciate Governor Santos’ efforts in favor of the sport.

The entity, which has already successfully organized twelve tournaments, is headed by Angel Martínez Franco.

“We thank Governor Rosa Santos for accepting her dedication to this tournament, because we understand she deserves it,” explained Martinez-Franco.

The organizing committee is chaired by the interviewer Roberto Roque, who is the director of Mega Deportes who will broadcast the event on all of its platforms.

In addition, the Ejido Superior Basketball Championship is supported by the Anthony Marte Communications group, owner of Teleunión and Megavisión channels.

A total of six teams, representing the communities of Ejido and the surrounding areas, will compete for the Champion’s Cup in the ball and hoop competition.

One quintet will mark the La Yagüita sector, the other the Army and the third La Proyecto, one of the main streets that leads into the popular quarter.

There will also be a representative of Callejon 17, a group of Kali 6 and a team representing the symbolic garden, where the grand celebrations of Samiji club victories will take place.

The teams are preparing to recruit players, to present their best fives on the 28th of this month, when they shout, move to the center!