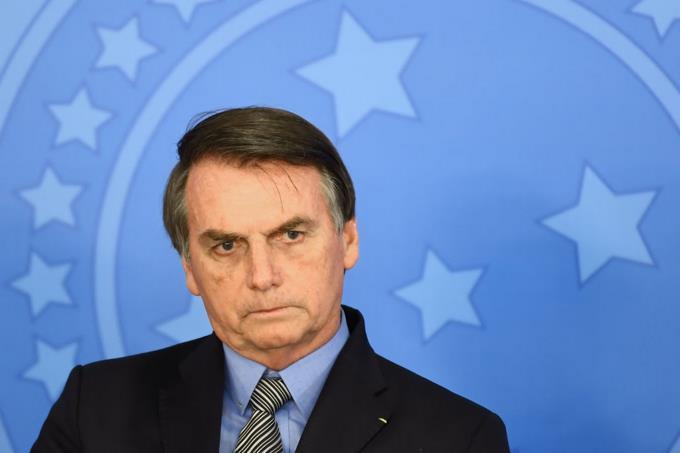 The President of Brazil, Jair Bolsonaro on Wednesday sent “the bitch who gave birth to her” to members of the press after reports that his government had spent 15 million riyals (about $ 2.7 million) on condensed milk in 2020.

“When I see the press attacking me, saying I bought two and a half million cans of condensed milk (I tell him), go to the bitch who gave birth to you. That dirty press. Those cans you should put them in,” Bolsonaro said during a closed lunch at a Brasilia restaurant, next to Dozens of artists associated with his government and other allies. “

According to the video clip of the meeting, which was posted on social media and shared by the president’s advisor on his Telegram channel, Bolsonaro’s words were celebrated with laughter and applause from the audience, including his foreign minister, Ernesto Araujo, and tourism. Machado Neto.

The Secretary of Communication in the Presidency of the Republic told AFP that the president attended the lunch, but it was a “special commitment”, so the press was not present.

The report that sparked Bolsonaro’s reaction, published by the Metrópoles portal, details the total spending of 1.8 billion riyals (about $ 330 million at the current exchange rate) on food for various instances of the federal government in 2020.

Of this total, 15 million appear to be earmarked for the purchase of condensed milk, most of which (14 million) was acquired by the Ministry of Defense, not the Presidency.

However, social media was soon inundated with “memes” and criticism, attributing the purchase directly to the president, who repeatedly bragged about eating bread and condensed milk for breakfast, proving he’s a “simple man”.

In a statement, the Ministry of Defense stated that it is responsible for providing a “balanced” diet for more than 370,000 members of the armed forces, and that “condensed milk forms this diet because of its potential” and because it “can” be used as a substitute for “milk.” Fresh “.

Bolsonaro had previously attacked the press, which he blamed for creating “novels” for hurting him.

According to the French NGO Reporters Without Borders, in 2020 there were 580 attacks on the Brazilian press promoted by the “Bolsonaro regime”, most of them by the president himself and his social media environment.