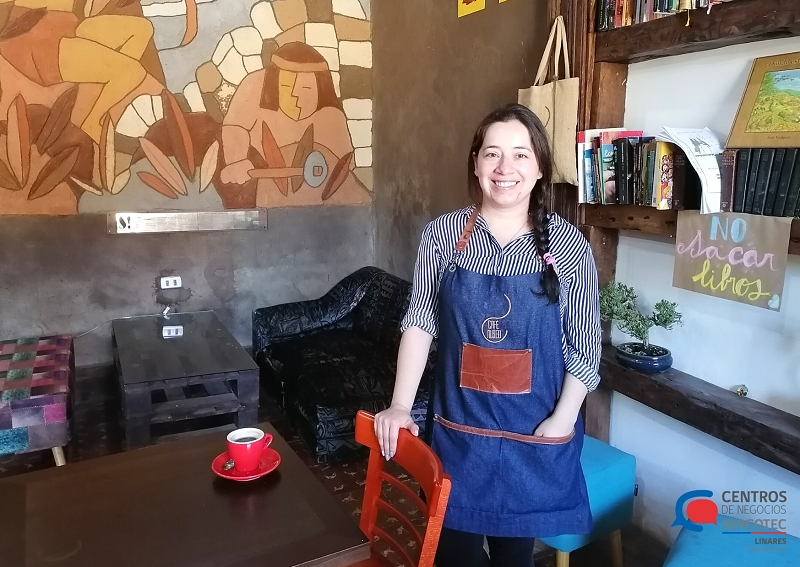 A home destroyed by a 27F earthquake has been building up stories in every corner of it for more than 200 years, transforming it into a cozy space with adobe walls to enjoy a great moment with a coffee bean.
Karina Tapia is the architect responsible for the “Café Museo” initiative in Chanco, a project that started in 2014 and has been in operation since 2018, in a space that combines the taste of good full coffee with preserving architectural heritage. Sweetened.
Café Museo was born as a result of the earthquake of February 27, 2010, when Casona Manuel Rodríguez was destroyed, like the hundreds of other buildings that make up the model area. As a result, a project that began to repair and rebuild the property was presented, with the aim of restoring part of Shanku’s physical and cultural heritage.
The mission was carried out by Scipion Architecture Studio, led by Karina Tapia, who provides advice by the Sercotec Linares Cauquenes Business Center via satellite, run by the University of Santo Tomas.
“For us, business center support was essential, it was a guide to applying for Sercotec money and knowing how to solve some things. I imagine that for people who don’t have the same tools and abilities that we do, it’s much more important, and for the same reason I think it’s What is important is that there is a business center that generates this support and helps entrepreneurs. “
Reconstruction and design
Café Museo in the reconstructed building incorporates some of the relics left by the earthquake as evidence of a legacy in development, current and ability to continue collecting local history and thus pass it on to future generations.
The architect and project leader always thought that Chanco needed a space where he could get a good coffee bean, which prompted her to install the cafeteria after fixing the property and giving the potentials.
“The decoration, the bar and the furniture were made with recycled materials, in the process of rebuilding and repairing the house, we try not to vote on anything so that we can use it again, of course, at the beginning we did not have the same knowledge as now, everything was an evolution.” Architect: “There are some things that were donated and some were bought, but most of them were reused from the same house.”
Among the most unique places in this entire cafeteria you can find a mural, created with the participation of young people from the same city.
The design was a representation of a mural near the Chankou municipality, which collapsed in the 2010 earthquake, and seeks to bring back the lost pictorial reality to society.
“The colored floor mural is very important inside the building. It is a project that we did with students from Federico Albert High School to integrate them into this project so that they can learn about the work on the ground, which is a very local work that has been lost over time.”
The work was carried out with the students in the framework of an artistic and heritage workshop held in 2017, and the students attended for a week to implement the work on the colored ground of the mural.
The drawing was reinterpreted by local artist Martin Alonso Saez and designed by architect Belén Fernández del Moral, as part of the initiative led by Carina Tapia through her studio Scipion Architecture, co-director of the Reconstruction Museum project and coordinated by architect Maria Sanchez Ferrer.
“Everything was a joint effort with many professionals, with the municipality and volunteers who came to lay the mud, present ideas and carry out activities,” Karina said, adding that she hopes to continue support. Chanko with his skills and knowledge.
Sercotec Maule’s Regional Director, Gerardo Castillo, said: “We are proud that our entrepreneurs are part of projects designed on the basis of reuse and preservation of various historical elements that have been lost over the years. The work that Carina has done at Café Museo is an example. It is clear that some of the distinct traditions of each region can be kept alive, displayed and cared for in a space available to the entire community. “
At Café Museo, you can enjoy wheat coffee, hot chocolate, ice cream, natural juices, cakes, pizza, and more.
The café will be open all summer and you can visit it at Manuel Rodríguez 302, corner of the Plaza de Chanco.