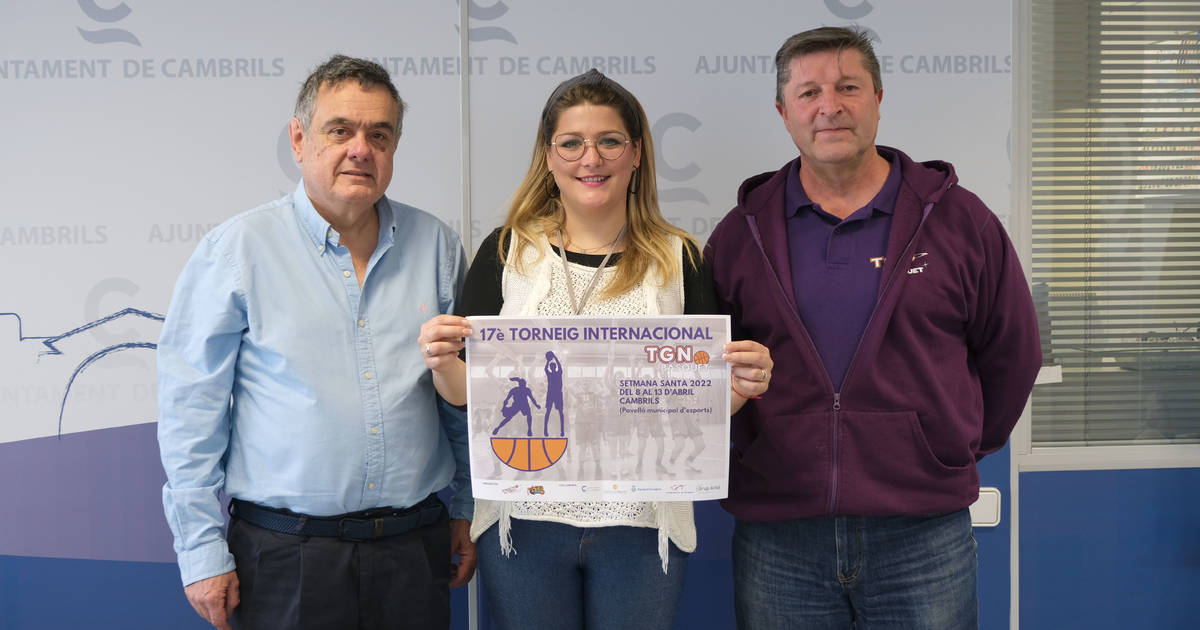 The Palau Municipal d’Esports de Cambrils will once again host the TGN International Basketball Tournament on Easter Sunday. After two years of suspension due to the epidemic, the competition returns in its 17th edition from April 9 to 13 and will see the participation of 68 teams and nearly 850 players.

Sports consultant, Natalia Pelgizolos, expressed her relief at the return of this event, which has been held in Cambrils since its inception and which has involved more than 16,000 players throughout these years.

The President and Technical Director of TGN Basketball thanked the City Council for their support and explained that, after the competition, the aim of the tournament is for the participants to interact with other clubs, create cohesive bonds with their team and above all, have a great time during these five days.

The tournament has several categories for men and women, from Pre-Mini to Children. Matches are held every day from 9am to 2pm and from 4pm to 9pm. People who want to enjoy the matches will have free access to the suite.

Among the participating teams are the Toulouse Travel team from France and, as new, an Italian team from Pesaro. There will also be legendary clubs such as Dr Azua in Zaragoza or CB Paredes in Barcelona, ​​to which Sabadell Swimming Club will be added this year.