Can Utah Jazz go all the way this year? 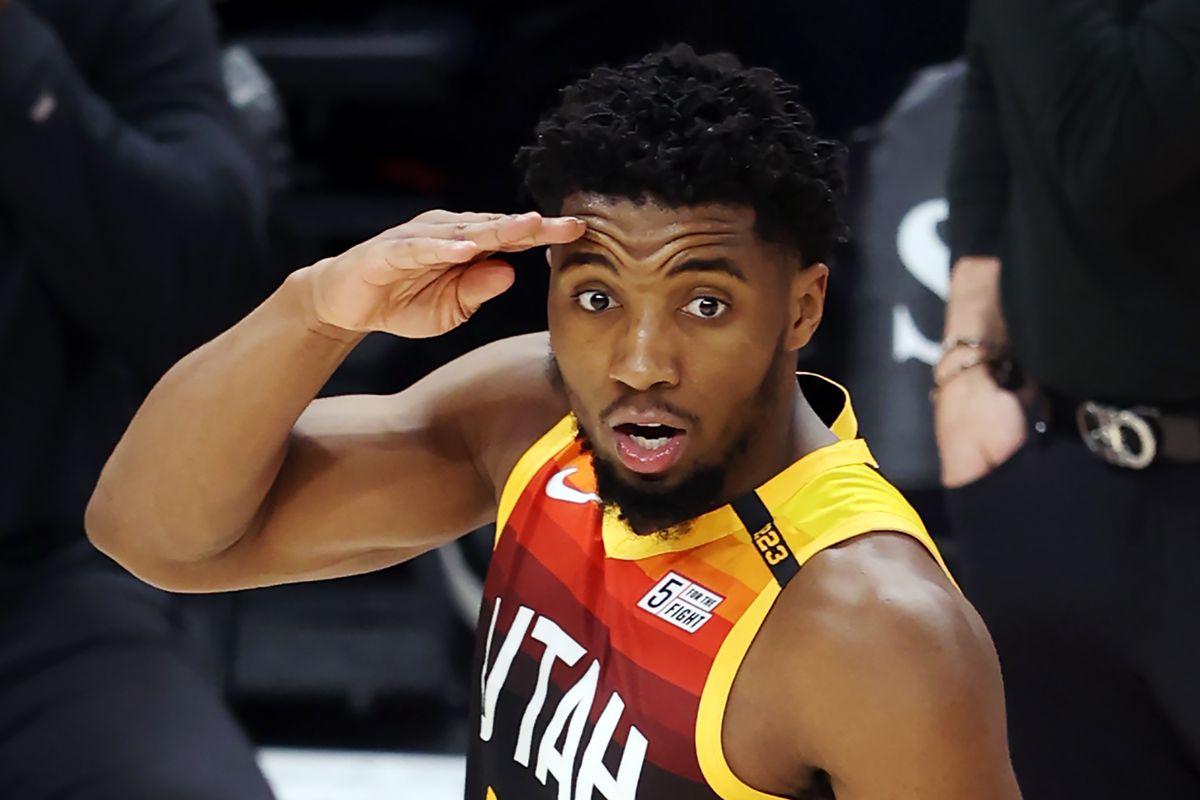 The last 10 games have been a mixed bag for the Utah Jazz, but up until that point they were swatting aside everything that the NBA could throw at them.

Back in February they steamrollered the Charlotte Hornets, racking up a franchise-record 28 three pointers on the way. Just a few weeks later, the LA Lakers were the latest team to be put to the sword by the Jazz, finding themselves on the wrong end of a 114-89 spanking.

In recent weeks, defeats against the Golden State Warriors and the Philadelphia 76ers have lengthened the NBA lines for the Jazz’s, but is that somewhat premature? Have we already seen enough from this team to suggest that they should be well in the reckoning come the offseason? Read on to find out.

The Utah Jazz’s recent form may be a cause for concern for some, but when you look at the games that they have lost on an individual basis, there is no worrying trend to beware of. In their most recent defeat at the hands of the Golden State Warriors they simply came off second best against a good side that played well on the day.

That happens sometimes in sport and should not be too concerning for Jazz fans. Fortunately though, the Jazz don’t have too many games against the NBA’s best teams as they arguably have the easiest run in of any team between now and the end of the season.

That gives Quin Snyder plenty of legroom to work on the areas of his squad that he views as weak or flawed, whilst also giving them ample opportunity to secure top seed ahead of the playoffs.

Another positive about the run-in is that it gives the Jazz the opportunity to rack up that oh so precious sporting commodity – momentum. Riding high on the back of a processional cakewalk to top seed the Jazz could go into the playoffs full of confidence and fearing no opponent.

When it comes to the playoffs, players can crumple under the weight of expectation from fans and coaches. That’s because they know that one lapse of concentration against the very best teams in the NBA could signal the end of their teams playoff ambitions.

Only the most resilient and dogged of teams and players can come through a tough playoff schedule unscathed and victorious. This Utah Jazz side have had their playoff dress rehearsal already this season and came out of it looking more formidable than ever before.

In a 10 game spell that saw them face some of the NBA’s best sides the Jazz came through with an 8-2 record, pushing the Pacers, Celtics, Bucks, Heat and Sixers to the wayside one after another. That experience of going to the well again and again will fare them well in their playoff push.

As alluded to at the beginning of this article, the Jazz this season have a propensity to scoring high with three pointers. Against the Charlotte Hornets they racked up 28 three pointers, but that wasn’t a one-off, rather that was indicative of a season wide trend.

Throughout this campaign the Jazz have shown themselves to be adept at scoring from range and have the highest three-point scores of any team in the division. They are averaging 17 three-pointers a game at this stage of the season which puts them some way ahead of most of their playoff rivals.

Three pointers aren’t a one man effort either for the Jazz with Joe Ingles, Mike Conley and Royce O’Neale all averaging an accuracy rating of over 40% from distance. In the playoffs, games will be tight and could be won and lost on three pointers, which could be the Jazz’s secret weapon.

Every great team needs a great coach and the Utah Jazz are no exception. Since taking the reins at the franchise, Snyder has overseen one of the most successful periods in the franchise’s recent history.

Snyder has consistently guided the Jazz to top 6 finishes in each of the past 4 seasons in a Conference overflowing with talent before twice losing in the Conference semi-finals.

One sure fire of a great coach though is the ability to learn from failure and use it as a motivation for future success. Year on year the Jazz have improved on Snyder with the coach finding new and innovative ways to make up for their shortcomings and maximise their strong points.

This season has been the ultimate testament to that ability and their relatively easy run-in gives Snyder much-needed time to review his tactical approach and formulate new ideas ahead of the playoffs.

If the NBA Championships are a Rubix Cube, then Snyder is just a few correct turns away from solving the final puzzle.

When the Jazz beat the LA Lakers recently much was made of the collective effort on the part of the Jazz triumphing over the individualism of their opponents. Whilst it’s true to say that the Jazz are best seen through the lens of a team than a collection of individuals, there is still one player on the roster that can single-handedly lead them to glory.

That man is Donovan Mitchell, not because he is the most talented baller to have ever lived but because his abilities and temperament are exactly what the new NBA is all about. He can shoot and score himself, carve open the opposition with incisive passing and break down the defense with on-point dribbling.

Most importantly though, he can play downhill and damage a team from anywhere on the court. The constant threat that he poses to opposition defenses could just tilt things in the Jazz’s favor in the playoffs.

Whether that be by winning games on his own by virtue of his phenomenal shooting and passing ability or by occupying the defense enough to allow his teammates to cash-in on the open space.