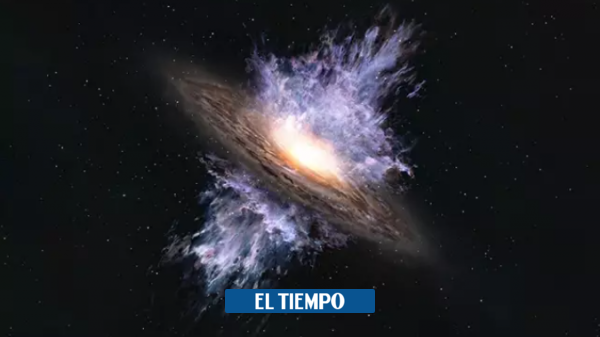 Observers have spotted phenomena that rock the universe for the first time, and on two occasions, a black hole merger ‘swallows’ neutron starAccording to an international study published Tuesday.

Astrophysicists have already observed a merger black holes between them or between them neutron stars, but not yet “mixed pairs”, as indicated in a statement issued by the French Center for Scientific Research (CNRS).

“The missing link is what will help to understand these mergers, with theories that include all of these phenomena,” astrophysicist Astrid Lamberts, lead author of the study published in Astrophysical Journal Letters, told AFP.

The two events were detected 10 days apart, in January 2020, by the Virgo and Ligo gravitational wave detectors. The gravitational waves They are minute differences in spacetime, caused by important phenomena, such as the merger of two black holes.

By analyzing the waveform, such as that caused by a stone on the surface of the water, the distance and masses present can be determined. These mergers occurred, quite differently, at a distance of 900 million and 1 billion light-years from Earth.

Black holes and neutron stars are among the most unusual things in the universe. Both are the result of a massive star collapsing in on itself.

The mass of the black hole is so concentrated that the force of gravity prevents anything from escaping, even light. The neutron star is still visible, despite its small size.

We also recommend the following:

The government will allocate 1.2 billion for science and technology