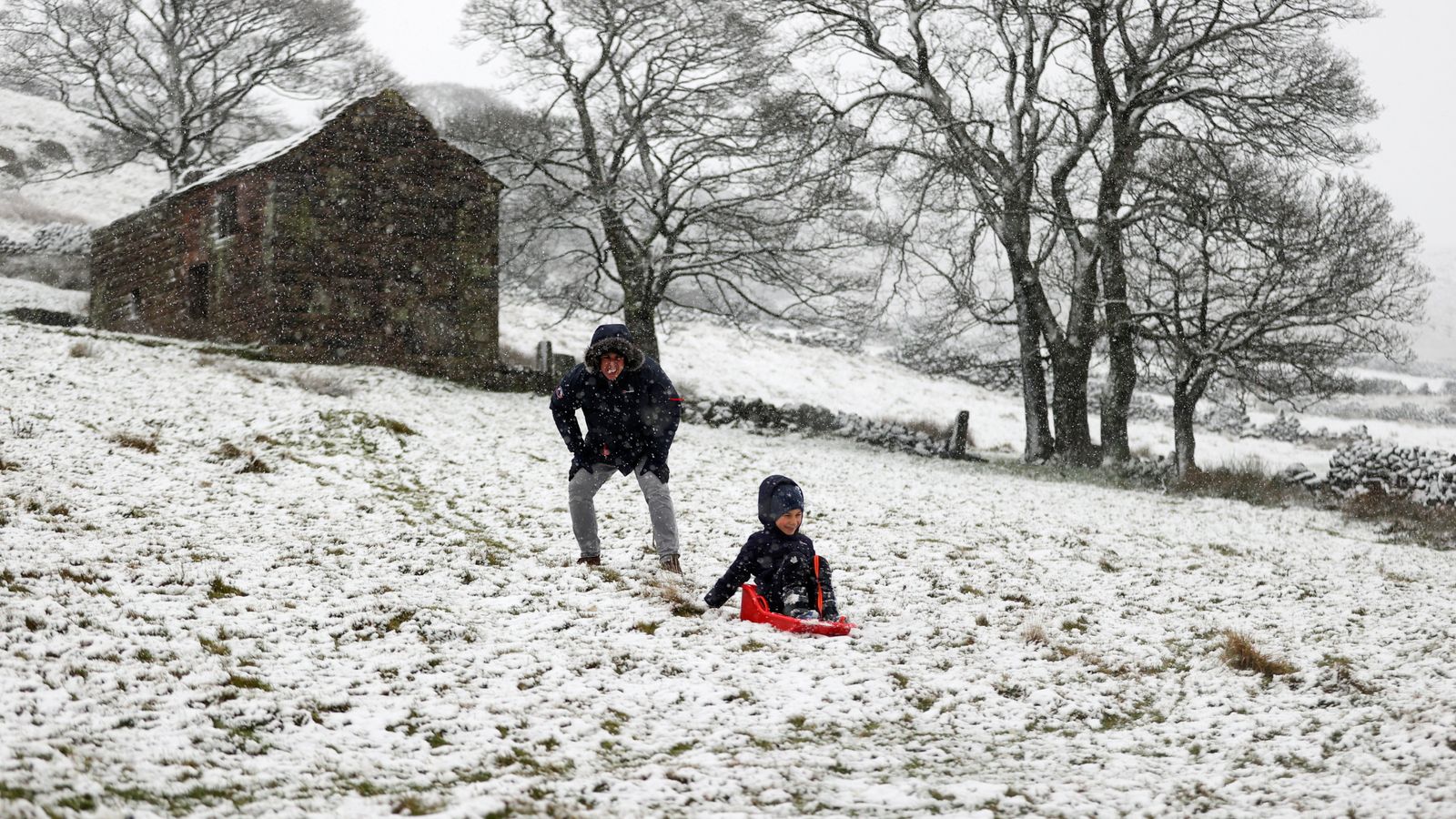 Snowball fights and sledging days will be over for much of England by the end of this century, according to Meteorological Office analysis.

Research has found that due to climate change most of the south of the UK will not see temperatures below freezing or below in the 2040s.

By 2080, only the highest ground and parts of northern Scotland will see frost temperatures if the trend continues.

The Meteorological Office said it will vary from year to year and will be colder or hotter than some trends.

The findings are based on predictions that global emissions will continue to rise, but the Meteorological Office said that although this situation is often not the result, it is reliable.

Even if emissions are reduced, the average temperature will still rise and lead to warmer, drier summers.

Senior Meteorological Office scientist Dr Lizzie Kenton told BBC Panorama: “By the end of the century most of the lying snow will have completely disappeared except for the highest ground.

“But in the meantime, we are getting this event towards more serious events, so frequent and intense peaks, so when it rains more.

“It’s a big change … in our lifetime. What we’re talking about here is an awakening call.”

Dr Kenton said temperatures above 30C (86F) for two consecutive days would be 16 times higher by the end of the century than the average from 1981 to 2000.