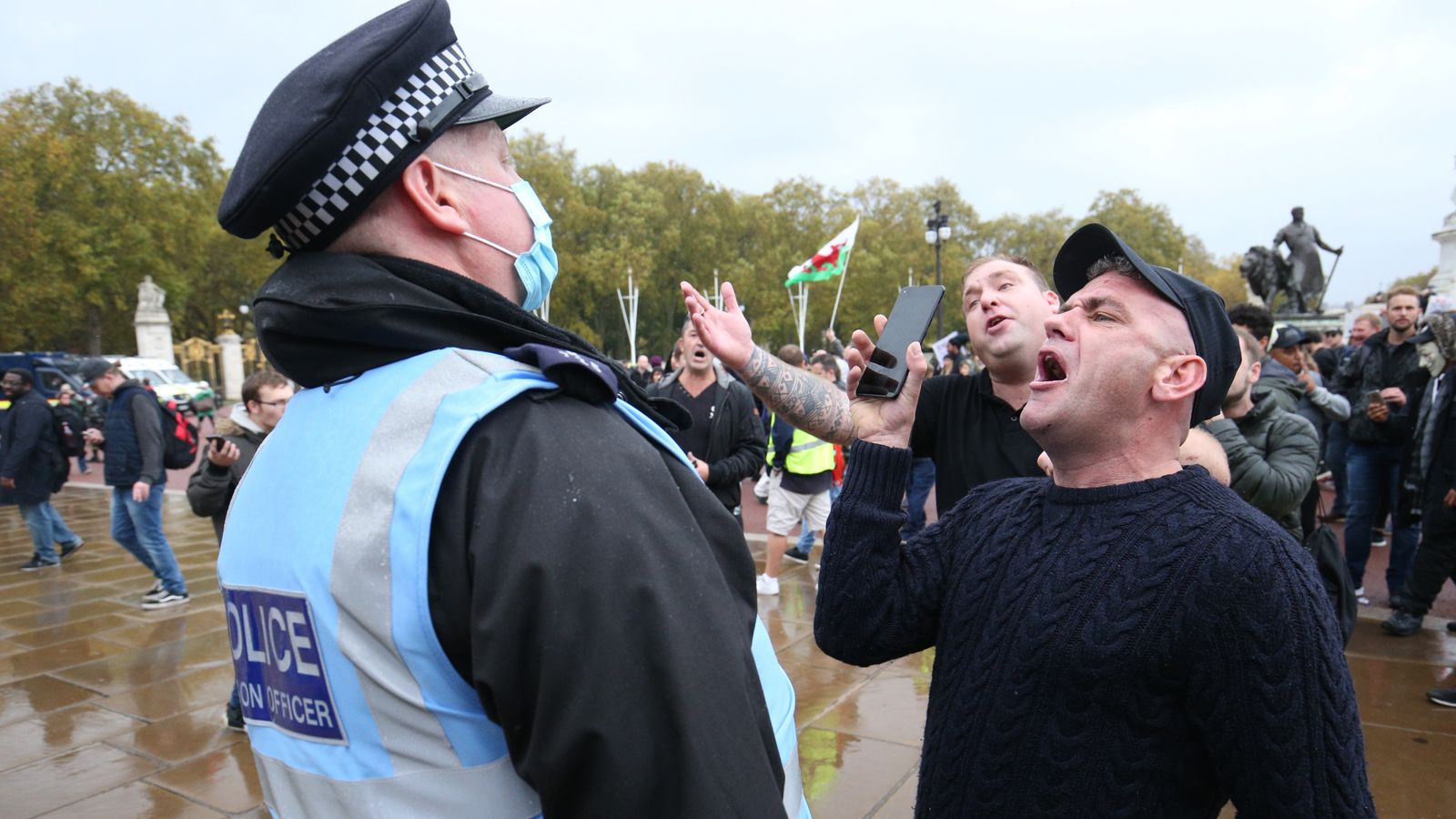 Eighteen people have been arrested and three police officers injured in anti-lockdown protests in central London.

Demonstrators marched through the city with banners and placards calling for “freedom” and an end. COVID-19 Restrictions.

At least two people were taken in handcuffs from Trafalgar Square, while officers tried to disperse the crowd as they were obstructed on Westminster Bridge.

Protesters called for an end to the “tyranny” of the new rules amid epidemics and protested against vaccines.

Police Commander Ade Adelegan said the protests were “complex” and “in various locations across central London.”

When the “majority” left the area for advice, a minority reached “prohibitive” and “deliberately ignored means”.

Mr Adelegan said the organizers had not “taken reasonable steps to keep the protesters safe” and therefore “canceled their risk assessment”.

“One demonstration in particular attracted a large number of protesters, and I was increasingly concerned that those in the crowd were not maintaining social distance,” he said.

At the 6 p.m. update, Metropolitan Police said all the crowd had dispersed and 18 people had been arrested.

Trafalgar Square, protesters on the steps of the monument to Queen Victoria before heading to Buckingham Palace at the beginning of the crowd gathered outside the police stopped.

Under current rules, no more than six people can attend an outdoor meeting unless certain exceptions apply.

Earlier on Saturday, about 50 people gathered in Parliament Square for a demonstration organized by the Stop Trump Coalition.

Among the protesters against the proposed trade agreement between Britain and the United States were a pantomime cow and a group of chlorinated chickens.