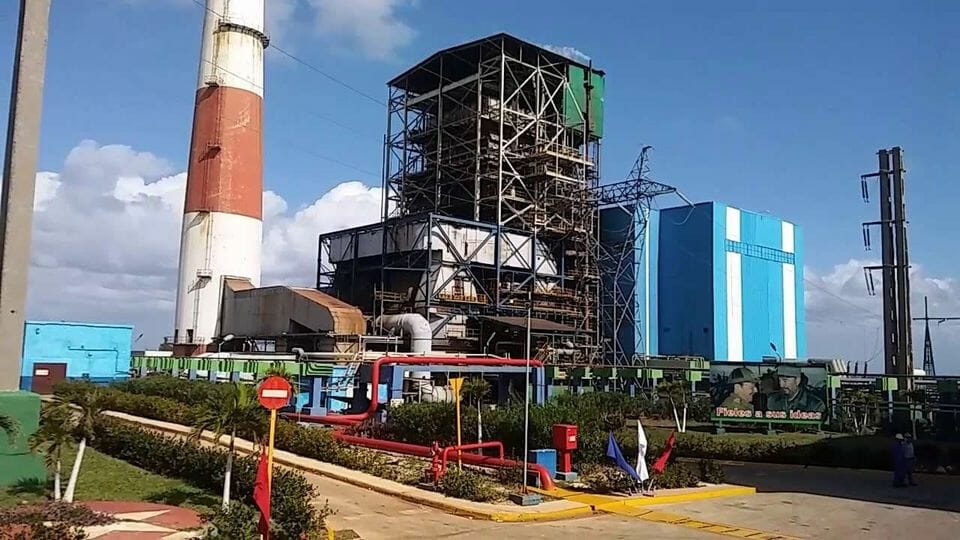 The Cuban Electricity Union (UNE) reported that the CTE Guiteras is closing again, this time due to high water consumption due to a leak in the boiler.

Not even 24 hours have passed since UNE denied that the thermoelectric plant was out of sync and that there would be a “general blackout”, when they announced the new departure.

This Friday, October 14th at 7:30 a.m., the company announced, “In unit CTE Antonio Guiteras is working with High water consumption due to boiler leakageSo it is necessary to correct the defect and defect during today’s timetable”.

According to the provincial government of People’s Power of Matanzas “It Not related to failure of generator exciter to work And yes with its boiler gone bad”.

“It’s better not to announce Kiteras anymore. Don’t build so many hotels and use the money in thermoelectric plants owned by the town”, commented a user on UNE’s company profile.

“Every day, every day, how is it possible that the units and thermoelectric plants are not in service? It is really incomprehensible that this is happening in the XXI century. If they are all so bad, they cannot invest in anything other than this,” said a resident of Pejukal.

In the same way, another Cuban was struck by the fact that everyone was focused on Guiteras when other CTEs didn’t return from their breaks for months.

“Kiteras are talked about, but what about the others? Otto Barrellada is nowhere to be found. It’s been broken for over 3 months and nothing. When are the units to be rented? The one in Santa Cruz was in the process of starting yesterday. What happened?”.

Fury gripped the more patient Cubans who believed these daily reports less and less. “The story of La Guiteras and the good pipe”, say others.

With such “thunder”, the U.N.E forecast 1264 MW affected during peak hours. It will be another night of long blackouts in Cuba.