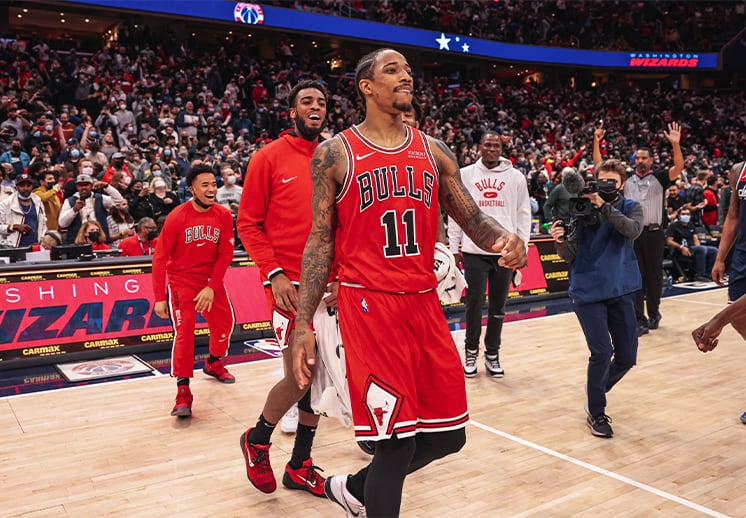 The Chicago Bulls emerge on the first Monday of 2022 as the number one Eastern Conference over the Nets and that position is due in large part to the man who became the new champ of the Bull: DeMar DeRozan.

The veteran found his best version and when many of us thought his career was in shambles, DeRozan was reborn showing a face that has long been expected of him, especially back in his Toronto days.

The Bulls outperformed the Nets thanks to wins over the Pacers and Wizards, both of whom won the last second basket thanks to DeRozan, who became the first player in history to go down by two strokes in consecutive days. Thanks to that, the Bulls have established themselves as one of the best teams in clutch positions, and have now made their mark in this type of moment with 11 wins and 6 losses.

Read also: Basketball events in 2022 should not be missed

Despite the fact that there is still a long way to go in the season, the Bulls are the favorites to make it to the Eastern Finals, and DeMar DeRozan silences many of his critics, because we finally see that often-lacked killer instinct when it shows up. need it.