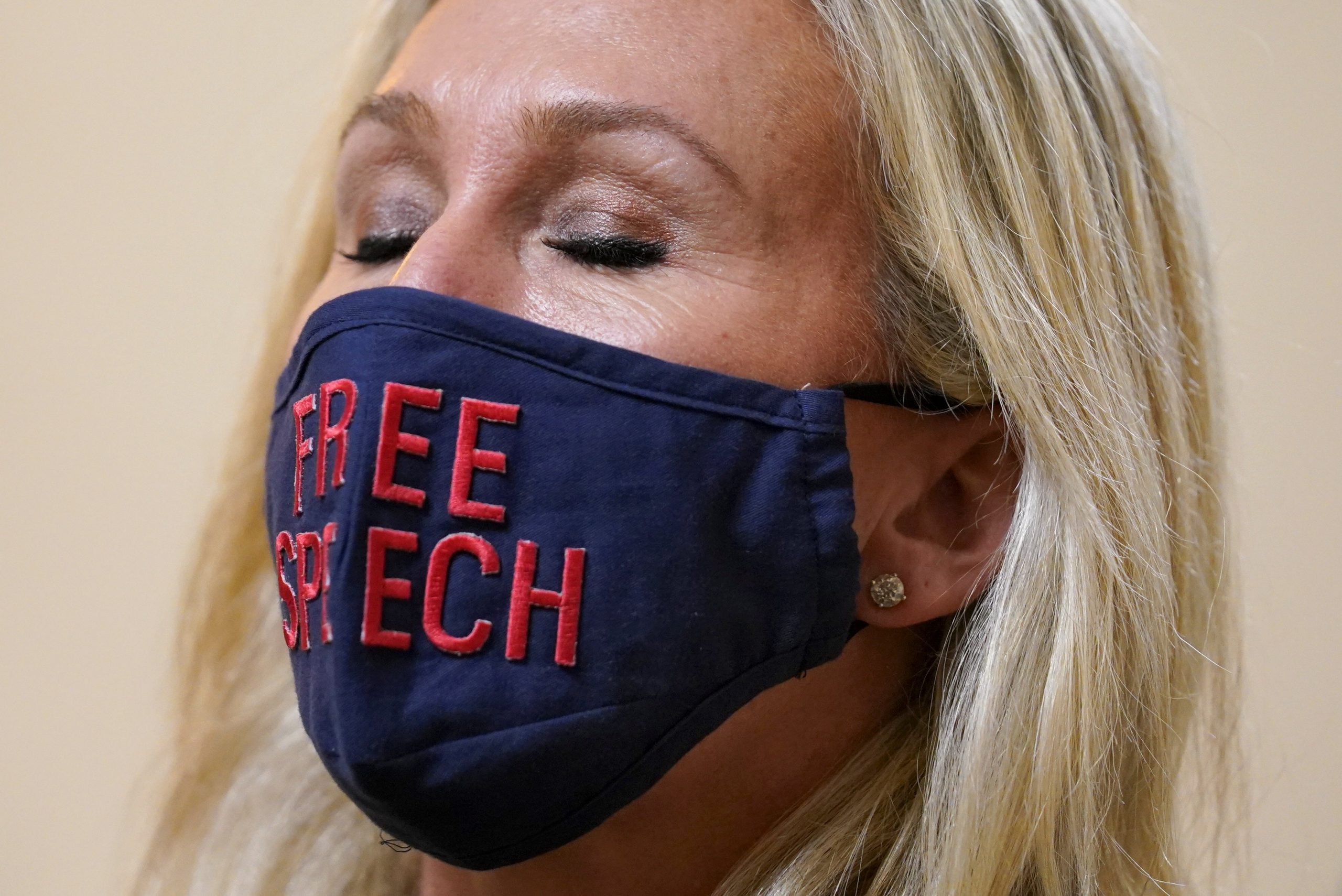 Eleven House Republicans joined Democrats in the vote to remove Marjorie Taylor Green from her committee duties due to past comments supporting QAnon’s conspiracy theories.

Illinois actor Adam Kinzinger was among the first to cross the aisle to flip his teammate in votes of 230 to 199.

He was followed by Brian Fitzpatrick from Pennsylvania, Fred Upton from Michigan, Young Kim from California, and Chris Smith from New Jersey.

They were joined by three Republicans from New York, Nicole Malliotakis, John Katko, and Chris Jacobs. Three members of the Florida Republic also voted with the Democrats, including Carlos Jimenez, Maria Salazar, and Mario Diaz-Palert.

The result effectively removed any influence Mrs. Greene might have had on committees that played an effective role in overseeing and advancing legislation in the House of Representatives. She was a member of the Education, Labor and Budget Committees before her dismissal.

While 11 Republicans crossed party lines to join the Democrats in the vote, the Republican leadership had previously refused to impeach the new congressman.

The majority party’s use of its numbers to strip members of the minority party of assignments is extremely rare in the present era.

Minority Leader Kevin McCarthy said on Wednesday that the move was a “power grab” by Democrats to increase their influence.

He said in his statement: “I understand that Marjorie’s comments caused deep wounds to many, and as a result, I provided Majority Leader Hoyer a way to bring down the temperature and address these concerns.”

“Instead of meeting together to do so, the Democrats are choosing to raise the temperature by taking an unprecedented step to reinforce their party grabbing power over committee appointments for the other side.”

Before the vote, Nancy Pelosi said she was “extremely concerned” about “the Republicans accepting the extremist conspiracy theorists”.

While all but 11 Republicans voted against Green’s impeachment, none of them offered any enthusiastic defense of the statements she made before joining Congress that ultimately led to today’s vote.

Tom Cole of Oklahoma said Democrats had set a “dangerous” precedent for punishing lawmakers for actions taken years before they became members of Congress.

Or as Jim Jordan of Ohio put it: “You’re getting into the wrong words, you’re in Thunder Dome.”