Enrico Dueñas: “I hope to make you feel proud” 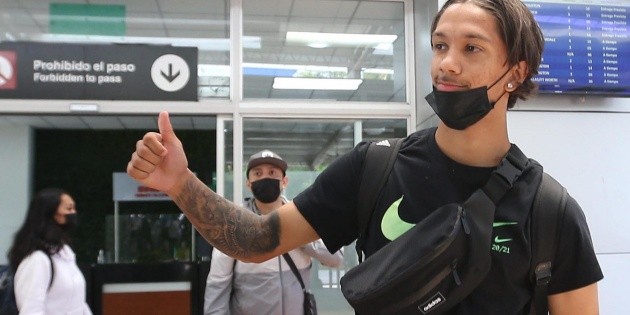 Enrico DueñasThe FC Eindhoven player made his first impressions after joining the El Salvador national football team on Sunday in the eight matches against the United States, Honduras and Canada.

Duenas arrived in the country at 11:20 at the Salvadoran Air Station in his first call-up as a senior player in the national team.

“Very well, very beautiful country, it is a very hot country here and when I came I was sweating, but I already met the boys and it was such a pleasure to meet them, I can’t stand it to play,” he said. Dueña in an interview with Selecta TV.

Enrico was already wearing the blue and white as an under-23 team in pre-Olympic Guadalajara at the end of March.

“They are really good, I know two boys Lisandro Claros and Joshua Perez and coach Pablo, so I already know them and the others I’ve met,” said the 20-year-old footballer.

He also commented on octagon matches. “I think it’s going to be very crazy games: the US, Honduras, Canada, they have a lot of quality but so do we. Thank you for all the love you give me, I appreciate it so much and I hope to see you on the court, to be able to make you feel proud and hopefully we win” .

Enrico concluded his first interview in the country with the words “Thank you all and the choice is over.”