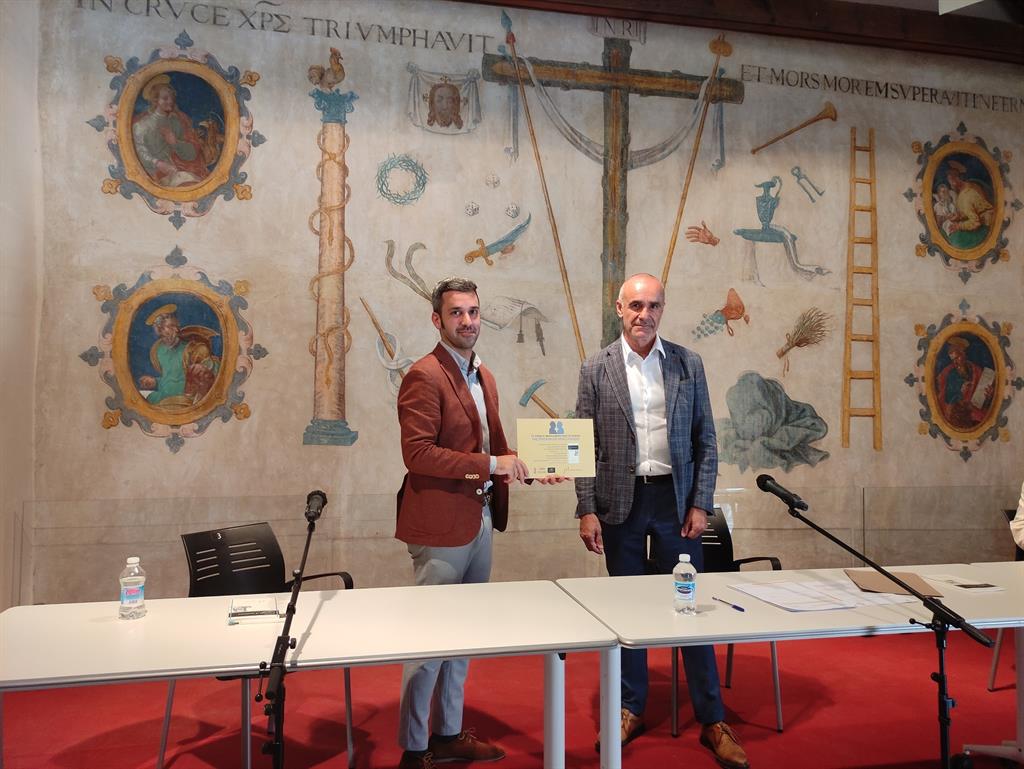 Espacio Santa Clara, the usual venue for various activities organized by the House of Poets and Letters, presented the work “When the King Waits”, the piece that won the Eleventh Ibero-American Poetry Prize “Hermanos Machado”.

In the words of Muñoz, “For the Seville City Council, cooperating with an entity such as the Lara Foundation allows, without a doubt, that the city remains today an unquestionable reference in the field of poetry and literature in general.”

The prize was awarded €4,000 and the Lara Foundation’s work was published within its collection of Vandalia Poetry.

In its eleventh edition, the “When the King Waits” award was awarded among the 540 poems received, bringing Villa to the list of distinguished poets honored in previous editions.

The decision to award the prize was made in March after the deliberations of the jury made up of the delegate of Urban Habitat, Culture and Tourism of the Seville City Council, Antonio Muñoz. Poets, writers, specialists Jacobo Cortenes, Javier Salvago, Abelardo Linares, Ignacio F. Garmendia and the person in charge of the Department of Administrative, Economic and Cultural Administration of the Bar of Seville, Carmen Hernández.

According to the jury’s minutes, “the award is in recognition of a book of profound unity, written in aphorisms and filled with powerful abstract images, with a hermetic or metaphysical background, that inquires about the profession, the poet’s standing, identity, and the tension between silence and the creative word.”

See also  "There is no significant change" in the health of Norberto Rivera: Diocese

Madrid-born Javier Villa, a writer who spent most of his childhood and youth in Cadiz, the city where he resides, is the winner of this award. He has several awards behind him and his stories have been collected in “Pequeñas sediciones”, “Libros de las Mascaras” and in the novel “La tierra es para siempre”.