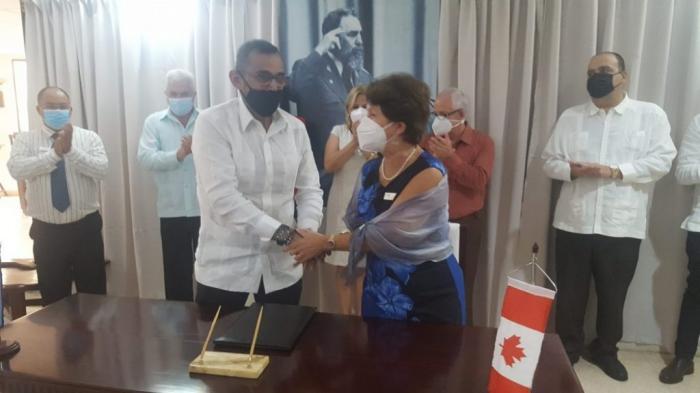 According to the website of the Cuban Ministry of Public Health, the agreement was signed by the President of CSMC, SA Dr. Emilia de Armas Aguila and the President of the Canadian company, Mr. Wael Saad Eddin Gharbia.

Through the agreement – it is proposed to publish – it aims to link the health and service business sector with a foreign funding source, the essence of which lies in the use of the services of ORTOP Aparthotel according to the mode of residence of the students, which also can be used as an academic or auxiliary accommodation.