Four Cubans arrested for entering the country with Haiti passports 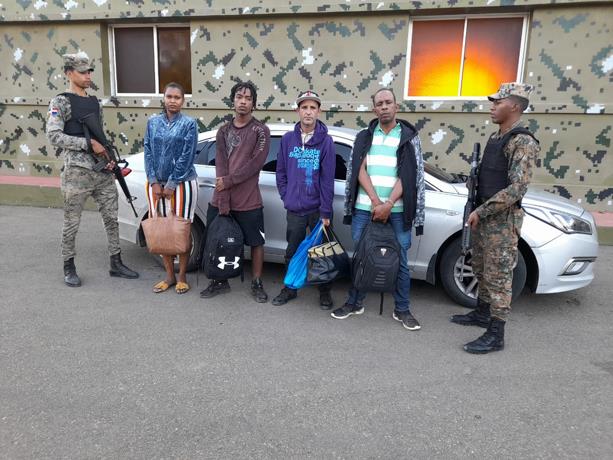 Members of the 4th Brigade of the Dominican Army and the 10th Battalion in Dagapon arrested four Cubans who had entered the country from Haiti irregularly.

According to Rosario Perez, the four foreigners were kidnapped at a military checkpoint in the Los Laureles sector, approximately at the entrance to Dagabon.

The operations involved personnel from the S-2, Army Intelligence and the 10th Battalion in Dajapon, commanded by Colonel José Manuel Felix Prieto.

The two Cubans were transported in a gray Hyundai Sonata with license plate number X733104 and KMHE341DBFA147168 chassis, the senior military official said.

According to the 4th Brigade of the Military Institute stationed in Mao, the car was driven by Cristian José Martinez Les, who does not have an ID card and whose assistant was Fabius Vargas Tejada.

The Dominican military authorities provided the numbers of passports issued to the Cubans by the Haitian authorities.

Neighbors after their arrest were handed over to the Immigration Department for the corresponding purposes.

Meanwhile, it continued, according to the 4th Brigade, the arrest of undocumented Haitians trying to enter Dominican territory in an irregular manner.