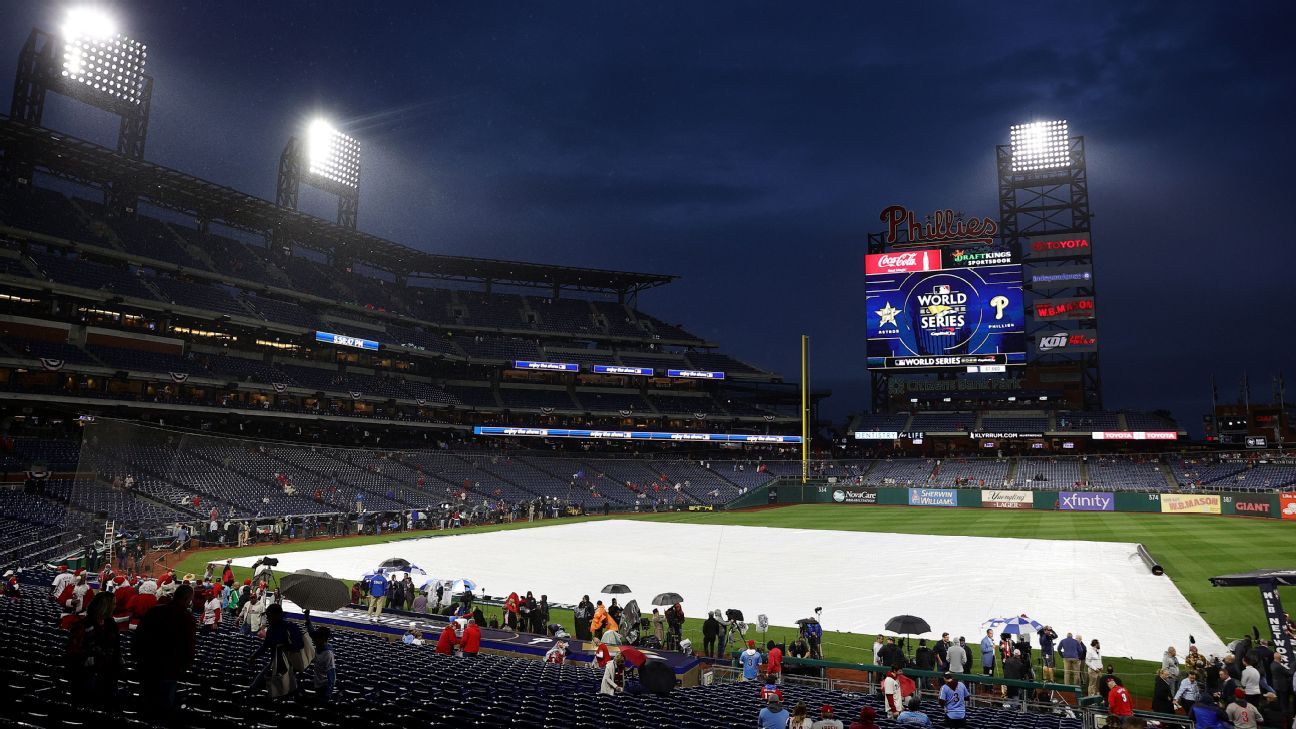 Major League officials have decided to move Game 3 of the Fall Classic to Tuesday instead of Monday night because of rain.

In turn, all of the following World Series games will be played on the same day, meaning the remaining three minimum games will end on Thursday, weather permitting; Friday will be travel day, and heading into Game 7, the showdown between Houston and Philadelphia will end on Sunday, Nov. 6 instead of the previous Saturday.

They took the opportunity to change the pitching rotation for the remainder of the series, manager Rob Thompson said.

Game 3 opens Ranger Suarez (1-0, 1.86), instead Noah Syndergaard, who is scheduled to play this Monday. Continue with Aaron Nola (2-1, 4.57), who already had a no-decision in the classic against the Astros.

Game five, the last confirmed game so far with the World Series tied 1-1, would be for Syndergaard, and would be if a hypothetical Game 6 were to happen. Zack Wheeler (1-2, 2.67), revealed the manager.

Rain began to fall intermittently in the afternoon at Citizens Bank Park, but playball, scheduled for 8:03pm ET, held steady for about two hours.

“We are evaluating the weather forecast in Philadelphia,” Major League Baseball’s Twitter account posted at the time. “Three independent meteorologists have rain in their forecasts.”

Shortly before 6 p.m., the field was covered by the traditional giant tarp covering part of the diamond and outfield and both teams finished their batting practice, though the Phillies had just begun.