Hair straightening chemicals have been linked to increased cancer risk 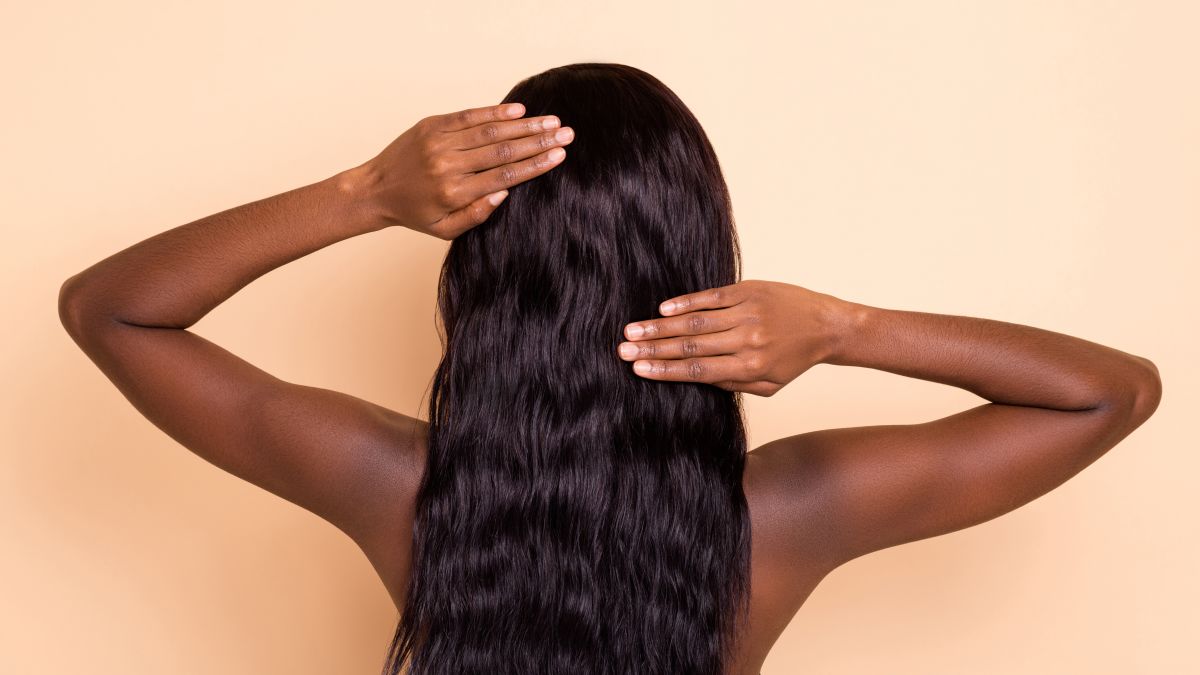 Hair straightening has been linked to an increased risk of ovarian cancer 3:51

(CNN) — Scientists have discovered new details about the link between the use of certain hair straightening products, such as chemical straighteners and flat irons, and the risk of cancer in women.

Current research suggests that chemical hair straightening products are associated with an increased risk of certain hormone-related cancers, such as breast and ovarian cancers, and now a new study links the use of hair straightening products to an increased risk of ovarian cancer. . Researchers note that black women may be more affected by overuse of these substances.

A new study links the use of hair straightening chemicals to certain types of cancer.

The finding “also suggests that ovarian cancer is very rare. However, the doubling of risk is of some concern,” said study author and researcher Chandra Jackson of the National Institute of Environmental Health Sciences.

“In this study, women who used frequently in the past year had twice the risk of ovarian cancer,” he said. Frequent use was defined as more than four times in the previous year.

The new study included data from nearly 34,000 women in the US aged 35 to 74 who filled out questionnaires about their use of certain hair products, such as perms, dyes, wave relaxers and straighteners. Researchers from the National Institutes of Health also tracked the incidence of cancer diagnoses within the study group.

Researchers found a strong link between hair straightening products and ovarian cancer, but the use of hair dyes and other hair products such as perms or wave products was not associated with ovarian cancer.

Several factors may influence the frequent use of hair straightening products: Eurocentric beauty standards, microaggressions and threats of discrimination against Black and Latina women in the workplace, along with the versatility required to change hairstyles and express yourself. .

“The exposure appears to be higher among black women,” Jackson said.

“Based on the literature in this area, hair products marketed directly to children and black women have been shown to contain many hormone-disrupting chemicals, and these products marketed to black women have also been shown to contain harsh chemical formulas,” she said. “Additionally, we know that black women use multiple products at the same time, which may contribute to having higher concentrations of these hormone-disrupting chemicals in their bodies on average.”

The researchers did not collect information on the brands or ingredients of the hair products used by the women, but they wrote in the paper that several chemicals identified in chemical straightening products may contribute to the higher incidence of ovarian cancer seen in their study.

“To our knowledge, this is the first epidemiological study to examine the relationship between the use of hair straightening products and ovarian cancer,” said Alexandra White, group leader of the Environmental and Cancer Epidemiology Group. Principal Editor of Science and Research, In a press release on Monday.

“Further research is needed to confirm these findings in different populations, determine whether hair products contribute to health disparities in ovarian cancer, and identify specific chemicals that increase the risk of ovarian cancers.” Women.

A new and emerging research area

Some ingredients in hair straightening products, especially those used and marketed more by black and Latina women, are hormone-disrupting chemicals, says Tamara James-Dodd, an epidemiologist at the Harvard TH Chan School of Public Health. The new study, however, is independently led by some of the first research to find a link between hair products and cancer.

“They alter the normal hormonal processes in our bodies. So it makes sense to study cancers mediated by hormones,” he said, adding that hormone-disrupting chemicals can also affect other parts of the body.

“The challenge is that the impact of these chemicals may not be limited to hormonal processes, but may also affect other systems such as the immune and vascular systems. Understanding how these chemicals work beyond the hormonal system is still a challenging area.” New and emerging research,” James-Dodd told CNN.

“So the way these chemicals work is not only by altering hormonal responses, but also by altering immune or vascular responses,” he said. “All of these processes are associated with cancer.”

While the new study is “well done” and shows a link between hair straightening chemicals and an increased risk of ovarian cancer, it cannot be determined that these products directly cause cancer, said Dr. Otis Brawley, a professor at the Johns Hopkins Bloomberg School of Public Health. Former Medical Director of Public Health and American Cancer Society.

“You can’t prove causation, it could be association,” said Brawley, who was not involved in the new study.

However, “the question of how to solve this is difficult. The best from a scientific point of view is to go with 40,000 people, more or less, 20,000 people who use hair-straightening chemicals and 20,000 people who don’t. And follow them for 20 years,” he said, adding that at this point, “the latest “There is no better way to answer science than research,” he said.