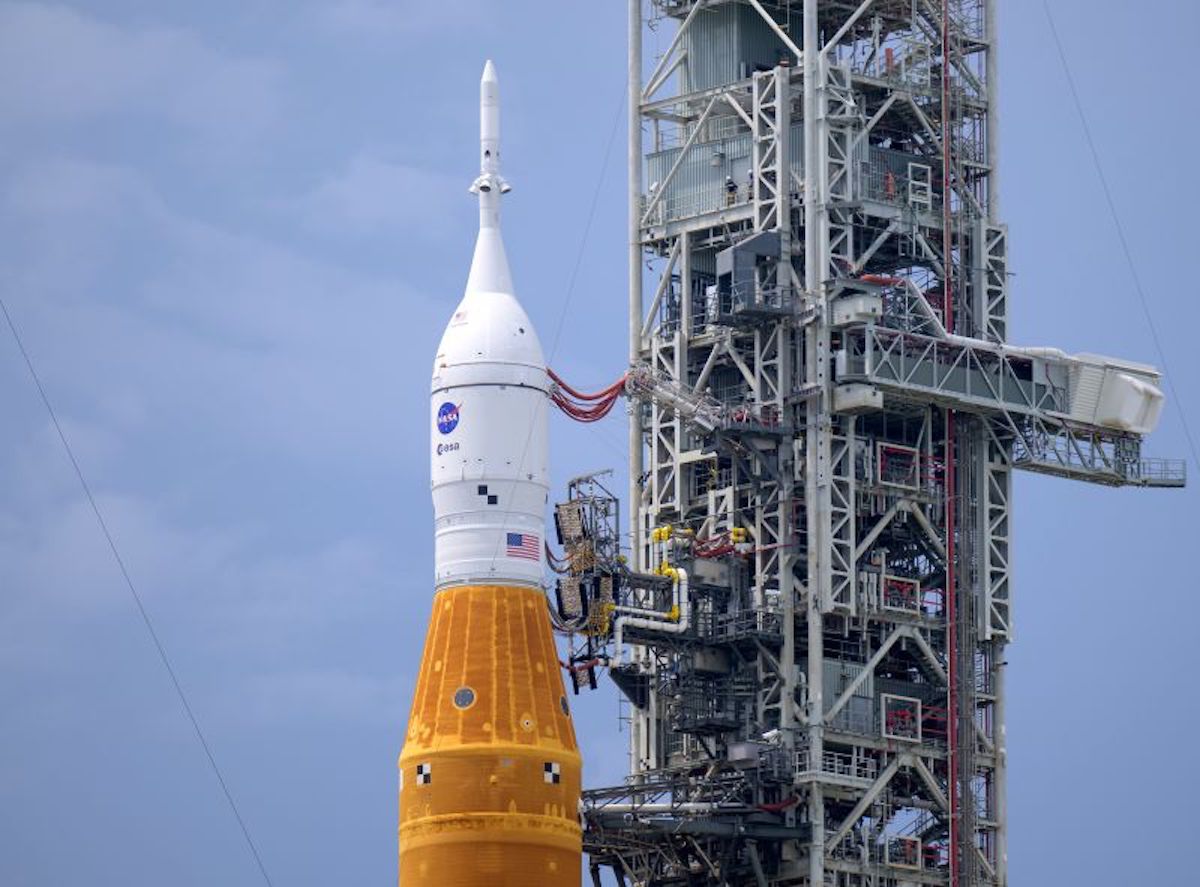 The Orion mission spacecraft Artemis I will carry out the space probes 1:04

(CNN) — For the first time in 50 years, a spacecraft is preparing to launch its journey to the moon.

task Artemis I A Space Launch System rocket and Orion spacecraft crew will lift off from NASA’s Kennedy Space Center in Florida on August 29 at 8:33 a.m. ET and 10:33 a.m. ET.

Although the mission does not have a human crew, it is the first step in the Artemis program, which aims to return humans to the Moon and eventually land on Mars.

The Orion spacecraft will enter the farthest retrograde orbit of the Moon and travel 64,000 kilometers (40,000 miles), further than any human-carrying spacecraft. A similar route will be followed by crews aboard Artemis II in 2024, and the first woman and next man to land on the Moon are scheduled to arrive at the Moon’s south pole in late 2025 on the Artemis III mission.

The agency will share live footage and coverage in English Spanish Before, during and after the launch of Artemis I on your website and on NASA television. The broadcast will begin at 12 ET when Supergold propellant is loaded into the SLS rocket.

The program included celebrity appearances by Jack Black, Chris Evans and Kake Palmer and performances of Josh Groban and Herbie Hancock’s “The Star-Spangled Banner” and The Philadelphia Orchestra’s “America the Beautiful” by cellist Yo-Yo Ma.

When the launch happens, NASA will hold a post-launch briefing, and later that day the agency will share the first images of Earth from cameras aboard the Orion spacecraft.

Orion’s journey will last 42 days around the Moon, before returning to Earth, traveling a total of 2.1 million kilometers (1.3 million miles). The capsule will land in the Pacific Ocean off the coast of San Diego on October 10.

Orion’s on and off cameras will share images and video throughout the mission, including live footage of the Callisto experiment, which will film a mannequin array. Commander Mooney’s combos Sitting in the commander’s seat. If you have an Amazon Alexa-enabled device, you can ask it where the mission is every day.

What will Mooney’s Campos do on his trip to the moon? 0:42

Here’s everything you can expect before, during, and after launch.

On Saturday morning, Kennedy Space Center and support crews from various centers around the country were called to the stations. All teams associated with this mission reach their consoles, start the two-day countdown, and report that they are ready.

Over the weekend, engineers will charge the Orion spacecraft’s intermediate cryogenic propulsion stage (ICPS) — the top of the rocket — and the core stage, charging the batteries and making final preparations for the engines.

From Sunday night into early Monday, the launch team will discuss weather conditions and decide whether to “go” or “no go” to fuel the rocket.

If all goes well, fueling of the rocket’s core will begin eight hours before launch. Five hours earlier, the upper stage will start fueling. This group will fill and replenish the liquid hydrogen and liquid oxygen that dissipate during the refueling process.

The launch director polls the board to ensure that all stations are turned “on” 15 minutes before takeoff.

At 10 minutes and counting, things kick into high gear as the spacecraft and rocket go through final stages. Most of the action takes place in the last minute when the ground launch sequencer sends the command to the rocket flight computer’s automatic launch sequence, which takes more than 30 seconds to launch.

In the last few seconds, the hydrogen will burn and all four RS-25 engines will start, resulting in boost firing and T-minus-zero takeoff.

Journey to the Moon

After liftoff, the rocket boosters will fly from the spacecraft for about two minutes before falling into the Atlantic Ocean, and other components will soon be removed. The rocket’s core splits off after about eight minutes and falls into the Pacific Ocean, allowing the Orion solar panel wings to deploy.

After this burn, the ICPS will separate from Orion.

At approximately 4:30 p.m., Orion will make its first takeoff trajectory correction using the European Service Module, which provides power, propulsion and thermal control to the spacecraft. This maneuver will lead to the moon Orion.

Over the next few days after launch, Orion will pass within 96 kilometers (60 miles) of the moon when it approaches the moon’s surface on the sixth day of the mission, or on September 3 if it launches as planned. August 29. Orion will place the service module in a far retrograde orbit around the Moon on the 10th or September 7.

Orion will make its second closest approach to the lunar surface on October 3, coming within 500 miles (804 kilometers). The service module will experience a burn that will allow the moon’s gravity to pull Orion to Earth.

Just before re-entering Earth’s atmosphere, the service module will separate from Orion. The spacecraft will travel at the top of Earth’s atmosphere at 25,000 miles per hour (40,233 kilometers per hour), and its heat shield will experience temperatures of nearly 5,000 degrees Fahrenheit (2,760 degrees Celsius).

The splashdown will be streamed live from NASA’s website, and will feature a compilation of footage from 17 cameras on the recovery ship and helicopters awaiting Orion’s return.

A landing and recovery team will pick up the Orion capsule, and data collected by the spacecraft will determine what lessons humans have learned before returning to the moon.