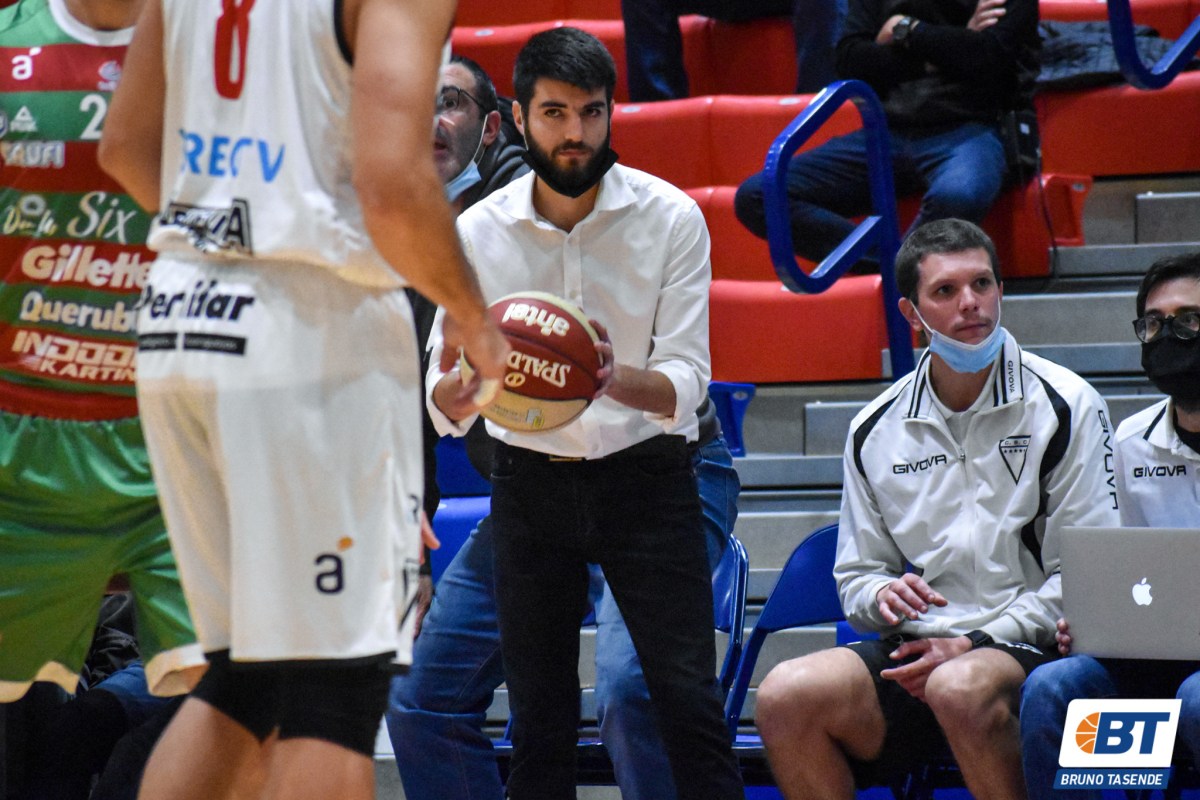 Located in the heart of Villa Biarritz the newest champion of LUB. Diego Cal will appear as the head coach of Peugeot After his resounding passage through the Capitol. About a preview of the upcoming tournament, speak with Básquet Total.

Did you imagine at the beginning of your career that at the age of 30 you would actually make such a huge leap?

The truth is not. I have always fully devoted myself to every year and every moment of my career. Over the years, I’ve set goals to lead larger classes and start competing rather than coaching players. Today I am in a privileged place that I try to take advantage of on a daily basis.

Because of your age and as a head coach for several years, do you feel that you are “eccentric” in basketball?

It was something that made it difficult for me since I started my career. Not having a name yet, not having an age to which many are accustomed or the appearance of an older person. Often he likens the frontrunner to issues of power and respect with schools. I had to put in twice as much effort to know and absorb myself to do the job really well. But later this doesn’t stop being a team sport and we don’t stop belonging to a team. Everyone fulfills their obligations but also has fun every day and that’s what makes us happy.

What can Diego Cal bring to Begua?

Before his arrival, the team studied certain aspects. This group has a lot to like about basketball and the characteristics of the players say that. The main thing I can do is not to invent things but to carry on with some minor aspects that were already pervasive on campus. I think we can add the counterattack part to it and add shorter offenses to it. Last season, this team used between 16 and 24 seconds to determine possession. I think we can take eight seconds and add that to the team when it’s appropriate.

How do you estimate the team’s ready time?

We are very happy. We still don’t have all the team elements perfectly but little by little we are putting them together and I think it was a good time for us to analyze the material for each player and convince them of our idea and make adjustments.

How did Victor Rudd’s loss affect the start of the tournament?

I think Victor couldn’t capture all his quality in the last tournament. Between injuries and the irregularity of his involvement, he ended up being choppy. Now he will create that shot he needs and make him understand the idea of ​​empowering the team as much as possible. It is clear that when he arrives he will give us a lot and his lack will initially affect us but we will prepare other elements in the team that have a lot of potential to hide.

He is a great player. It’s really a height of 2.15. Because of its size, it has amazing flexibility and speed that can help us meet what we need. He is 22 years old, he is doing his first experience abroad, so we try to accompany him and give him all possible tools so that he can do a good job. Ditch the paint, take bounces, blocks and falls, hit midfield and the good drapes you generate. It can save us many things and is perfect for what we need.

Was the continuation of Donald Sims the best signature for Bigwa?

He arrived last week and immediately started training with us. It’s a luxury to have this kind of player in our country and a privilege to share a team with him. In addition to being a great professional, you can see that he is a great person who contributes so much to the whole. We’ve already talked to Pepo and Rudd and he is to be the team leaders.

Do you feel the responsibility of taking on the last hero?

I feel responsible but I see it as an opportunity to be in a great team, great players, and get the best of each of them for the group. It’s a great opportunity to step up, provide solutions, and have the best possible team.

What does returning the public bring to the courts?

It is undoubtedly changing and is an attraction. It gives it extra spice, and it’s so nice that the fans can come back to the stadiums and watch every game. Fans are a part of the sport and influence sentiments for and against. I am very happy to be back enjoying basketball.

Is Bijou the favorite to win?

These guesses are for journalists and for those who comment and fantasize. Often in the beginning, an analysis is done by names and because it is a very long championship from here to the crucial stage, many things can happen. Now getting into that is too early and I don’t know if all the items are there to analyze. First of all, given the quality of our players, that puts us in a place where we are trying to replicate the victory of the last tournament. But I also think there are a lot of teams to respect and when the time comes they can be strong.

What’s the difference they are?

Without a doubt, Aguada has made a very important investment and wants to secure the championship this time around. Then there are also structures that have worked well for years like the Nacional and the Olimpia. There are also quality coaches coming back like Signorelli in Trouville or Pablo López in Peñarol. Defensor Sporting put in a lot of effort, Urunday has been growing for many years. Nobody can be underestimated.

Do you agree with the dispute format?

It benefits work and team development. Being on two wheels and in teams’ courts makes it a fairer tournament. Being tall gives the option for further development and opportunity for the team. Not having to get a quick result in a limited course benefits the show.

What role will the U23s play in Biguá?

Our idea is that in the game mode there is a high density and verticality. This will naturally lead us to our need to expand the campus. We want to make our team’s virtue weigh and generate active engagement that counts on them, and earn minutes.

What does facing the Capitol mean?

It would be strange to meet him. I did the best job I could and became very fond of the people in the club. It’s going to be a healthy competition when it’s time to face us.