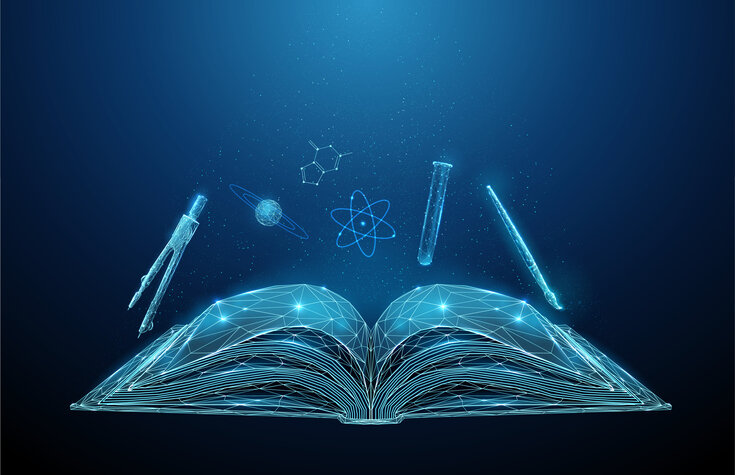 Open Science is a movement focused on making scientific research and publishing accessible to all social levels, including professionals and amateurs alike. in the past decade, This trend has gained great momentum, emerging as a remedy for the shortcomings that traditional scientific research has consistently presented throughout history., specifically by reducing the difficulty of replicating the methods in other research work.

Open science seeks two main benefits: 1) Increased transparency and repeatability, and 2) Allow the formulation of new research questions that would otherwise be impossible to ask. These benefits extend to various fields of science including education sciences, and thus, this movement has gained great importance in recent decades.

“The principles of open science aim to extend traditional research mechanisms to achieve greater dissemination and reproducibility of results.”

In recent years, open science has become a buzzword associated with the flaws and weaknesses found in traditional methods of conducting scientific research. however, The origin of open science goes back decades due to other events that have caused great concern in the academic community. For example, Selective Results Report or HARKingAssuming after knowing the results“Assumption after knowing results” was identified as a serious problem around the 1960s in psychology and in the 1990s in epidemiology (Meehl, 1967; Taubes and Mann, 1995, cited by van Dijk, W. et al, 2021).

Open science is based on Five basic principles that seek to expand traditional search mechanisms: 1) open data, 2) open analysis, 3) open materials, 4) pre-registration and 5) open access (Van Dijk, W. et al, 2021). These principles aim to extend traditional research mechanisms to achieve greater dissemination and reproducibility of results. Each of the elements is described below.

The elements that make up the open science

Together, these principles bring two major benefits to science: 1) It increases research transparency and reproducibility by providing data, analysis, and materials used in research, and 2) It provides the opportunity to develop new research questions that would have been impossible to ask without resources to pay for your access. On the other hand, it is possible that many researchers who focus on high-quality scientific production will adhere to the pillars and principles of open science, thus helping to create an environment more conducive to achieving the above benefits.

For educational sciences, open science was also not indifferent, on the contrary, researchers expressed similar concerns to those of other disciplines during the twentieth and twenty-first centuries. For example, Peterson et al. (1982) encouraged researchers to provide more detailed descriptions of their variants, noting that this would reduce the failure rate of replication for studies. More recently, in the early 2000s, special education researchers came together to identify quality indicators of association, group design, individual cases, and qualitative research (IES, 2021). On the other hand, since 2019, the educational research institute IES has adopted the Standard of Excellence in Educational Research (SEER) as a means to enhance the transparency and reproducibility of published studies (IES, 2021). To encourage their inclusion in research, IES requires the implementation of these protocols to award funds to researchers (IES, 2021).

Finally, keep in mind that the primary goal of open science is to create a thriving environment for collaboration that enables researchers to make groundbreaking discoveries that help improve people’s lives on many levels, including education.

Tecnológico de Monterrey joins the open science movement by creating Live Lab and Data Center for the Institute for the Future of Education (IFE). Through this initiative, calls for experimental research into educational innovation under open science principles will be launched. We invite you to learn more about the initiative on our website Web page.

Irving Andre Villa Miam He holds an MSc in Computer Science from Tecnológico de Monterrey Campus Monterrey. His research interests include: analyzing data on social problems such as health, education, and economic development.