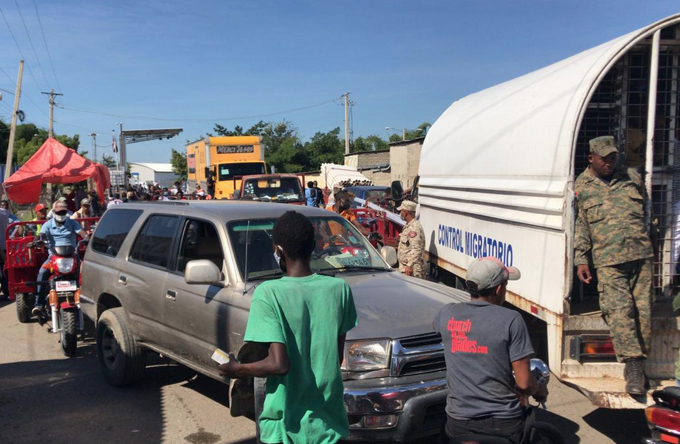 Director General of Immigration, Enrique Garcia, assured that deportations of undocumented Haitian women at work will continue, while respecting their human rights and all due process guarantees.

The official said he is exercising the right that helps him as a sovereign state. He admitted that this is not a very pleasant matter, but they bear the responsibility as entrusted by President Luis Abenader to protect the citizens of the Dominicans.

García called on foreigners living in the Dominicans irregularly to return to their country, or else risk deportation.

He noted that any foreigner who has an illegal status in the country is at risk of being repatriated.

He expressed that immigration is intent on strengthening its border controls and for this purpose it is acquiring new equipment.

border tour
Garcia expressed himself in these terms when he toured Dagabon and La Vigia yesterday, accompanied by the Inspector General of the Army, General Angel Camacho Hubera, Mao’s military commander, Colonel Germain Rosario, and other civil and military authorities.