In the lead up to the Olympics, the National Basketball Association adds a new sponsor 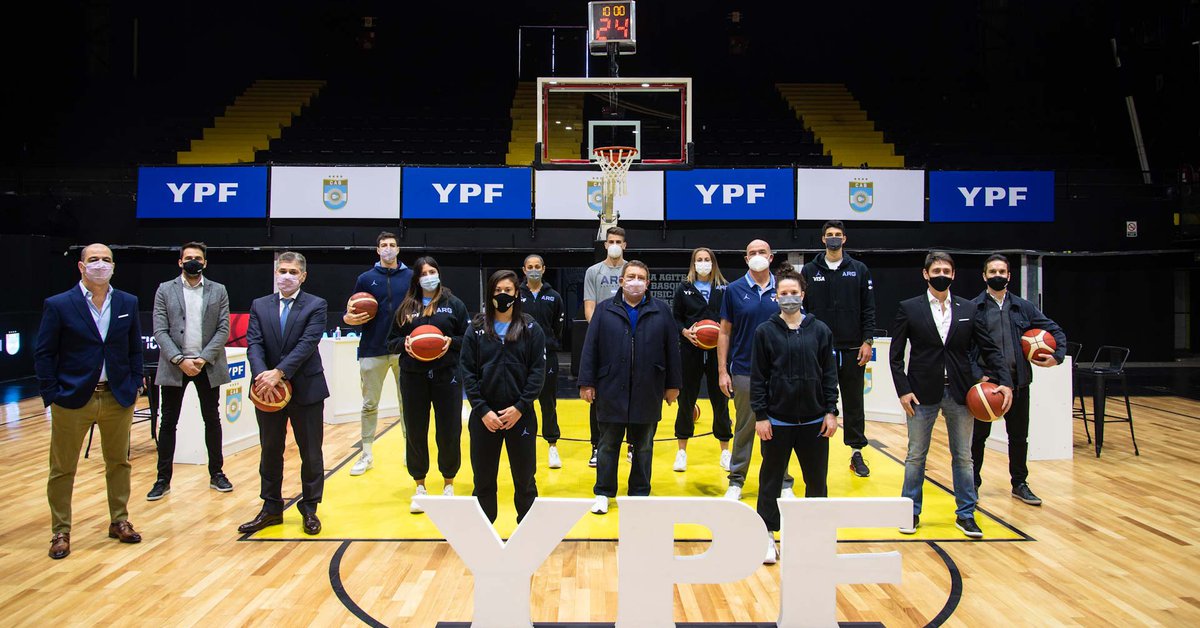 As a way to further deepen its relationship with Argentine sports, YPF has become the new sponsor of the men’s and women’s national basketball teams. In addition, Facundo Campazzo will carry out joint business as the main image of this alliance between the company and the National Basketball Association.

The agreement was signed by Santiago Carreras, Director of Corporate Relations Department at YPF and Fabian Porro, President of the Argentine Basketball Association, at the Health Works Club headquarters.

“Some time ago we started down the path of linking YPF with national sport and culture. Today we accompany all federations to contribute to the development of young people who play sports,” said Santiago Carreras.

Santiago Carreras, Director of YPF, during the signing of the agreement with CAB. (Credit: YPF Press)

“Today, with this company, we begin a relationship with the men’s and women’s basketball teams, and we will work to promote the growth of the sport in the country,” Carreras concluded.

During the event, there was also a farewell to Alma Argentina, the men’s team that will prepare for the Tokyo Olympics in Las Vegas. The meeting was attended by Pablo Gonzalez, President of YPF, Sergio Avonte, CEO and Leandro Caruso, Chief Marketing Officer of the company. In addition, the president of the Argentine Basketball Association, Fabian Porro, the coach of the men’s national team, Sergio “Ovega” Hernandez, and the coach of the women’s national team, Gregorio Martinez, participated. Also in attendance were Melissa Gretter, Agustina Burani, Andrea Boquete, Agustina Garcia, Camila Suarez, Maximo Villerup, Nicolas Brusino, Lautaro Pera, and members of these selectors.

This agreement reinforces the commitment made by the YPF to support national sport in its various forms. In this way, it joins the current sponsorship of Argentine football, tennis and various categories of motorsport, among other disciplines.