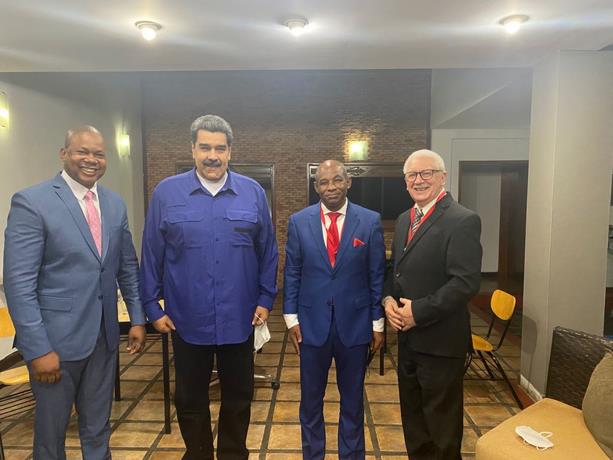 The representatives were part of a large delegation of representatives of Dominican social organizations that took part in the Bicentennial Conference of the Peoples of the World that took place from June 21-23, “where the union and solidarity of the peoples were the main axes”.

The Venezuelan president and members of Congress also discussed regional politics and the integration of the peoples of the Caribbean.

Composed of organizations, social movements and political activists from over 164 countries, the international meeting highlighted the participation of various sectors, spaces for dialogue and debate, including sexual and indigenous diversity, habitat and housing, women’s rights and youth participation, among other representative themes of the global community.

Later during the meeting, Maduro stressed that relations between the Dominican Republic and Venezuela are not ideological but diplomatic for the benefit of peoples and governments, and the President also emphasized that he hopes to meet his counterpart Luis Abenader together to contribute. He succeeded in facing the Covid-19 epidemic.

In the same order, he thanked the Dominican government for the resumption of flights between the two countries.

This visit of the officials in Caracas coincided with the convening of the XIX Summit of Heads of State and Government of the Bolivarian Alliance of the Peoples of America – Treaty of Trade of Peoples (ALBA-TCP), in which the Presidents of Bolivia, Luis Arce; from Nicaragua, Daniel Ortega; from Venezuela, Nicolas Maduro; In addition to the Prime Ministers of Dominica, Roosevelt Skerritt; of Saint Vincent and the Grenadines, Ralph Gonsalves; and Cuban Foreign Minister Bruno Rodriguez.