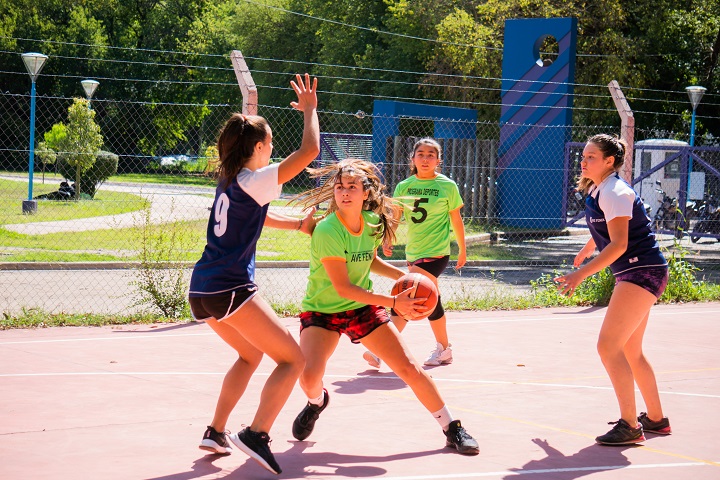 That was Saturday, with 12 teams attending from different parts of the province. Argentine Basketball Federation authorities were present to unveil talent and shine a light on the sporting infrastructure in San Luis, which will allow for the implementation of joint development programs.

3×3 Basketball is a way to add followers all over the world. The International Basketball Federation (FIBA) gave an important impetus to this discipline, when it included it in the Youth Olympic Games “Buenos Aires 2018”. It has been developed in our province within the framework of the “San Luis Juega” initiative since February 2020, but has been suspended due to the beginning of the epidemic, and in the coming months it will reach every corner of the geography of San Luis.

This Saturday at Ave Fénix, the activities are divided into two shifts. In the morning, the focus was on the regional women’s basketball team, preparing for the 2021 dual games. During the day, as well as coaches Silvio Leiria and Eugenia Bustos, CEO of CABB, Ricardo Uiarse, and CABB director of women’s basketball development, Carina Rodriguez, who followed Close training on talent spotting.

“We were very happy that the San Luis players have a lot of potential. In addition, as we have learned, we have the wonderful infrastructure that San Luis has, which will allow us to develop joint programs,” said Aoyares. On his part, Rodriguez expressed their endeavor to “mobilize 3 × 3 across the country,” and considered San Luis “a very important province for the development of women’s basketball.”

In the afternoon it was the turn of the 3 × 3 women’s basketball. In this first meeting, 12 teams from different parts of the province were registered. Eugenia Bustos, who is also in charge of the Sports Development District in the Sports Program, celebrated the relaunch of San Luis Juiga and announced that the next meetings will be at Villa Mercedes and La Toma.

Note, photos and videos: Click on the Sports app.