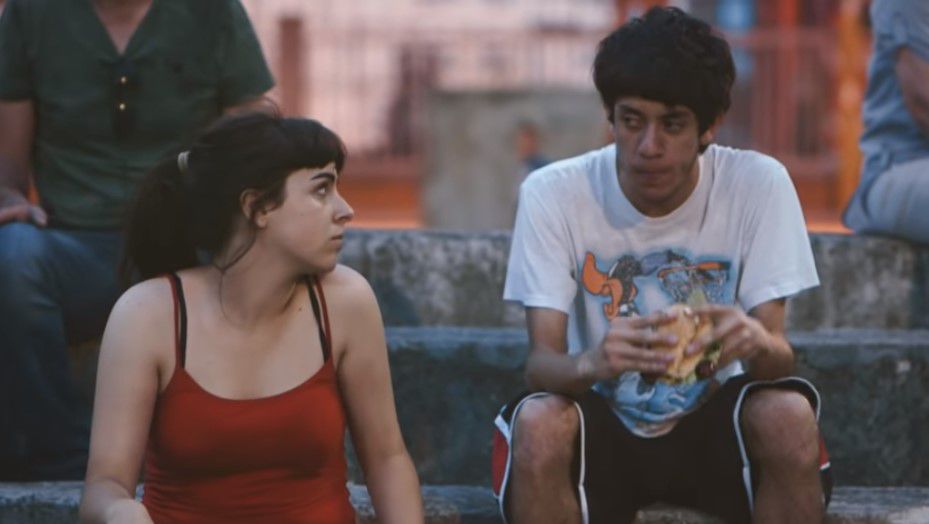 Like Don Quixote who fights windmills, like every impossible dream ever known to happen, the Uruguayan band Eté & Los Problems is embroiled in a particular crusade that seeks to get their song “Jordan” to the ears of the basketball god.

Kind of banter, an unattainable utopia, a challenge that is as improbable as it is cool, gets excited by its singer and songwriter, Ernesto Tabarez, a fan of Michael Jordan, who does nothing to follow the campaign but enjoys seeing the unexpected results.

“Jordan,” which Tabarez wrote in 2013 and became the group’s most popular song, is not a tribute to one of the best basketball players of all time, but rather compares the classic image of a flying former Chicago Bulls player. On their competitors with a boy who admires a young woman and sees her as an elusive god.

It all started as a joke a year ago: comedian Diego “Minsho” Liceu, while entertaining a “influencer” on a radio show, sought to gauge his popularity by trying – via social networks – to access the song to reach “Air”. Itself is Jordan.

At that time it had no effect. The NBA players have not read the posts or found out what was happening in this small South American country. But everything changed when the song was heard by former basketball player Fabricio Uberto, a member of the historic Argentine golden generation and today a TV commentator.

Tabarez recalls that he was “infatuated” with seeing someone very admired enjoying his song, and from there, Twitter exploded: not only did the famous Puerto Rican rapporteur Alvaro Martin praise the song, he also got into a conversation with the singer to inquire about the guitars used in the recording.

Jordan is the most Uruguayan

“You are like Jordan, flying, by the hands of the rest. In the heights, you are very lonely. And I sat, playing, the ball is in the square. Nothing happened, no one got in,” says the chorus of this song that marked the band.

But the most famous thing is the video: a single shot of Uruguay’s privacy on the surface, with a calm atmosphere, of some neighborhood youth playing basketball in NBA jerseys on a street court, under the gaze of a group of people sharing a mate, smoking or eating chorizo ​​with bread.

This majestic Jordan is not the one who made millions rave with every outcome against the Detroit Pistons at United Stadium, but rather is mirrored in a young woman, dressed in red and black, shyly watching her admirer someone who looks at one untouchable goddess.

She, indifferent to his gaze and the party itself, is the one who flies over everyone.

“It seems to me a very isolated place, the literal height of Jordan flies above others and the pinnacle of superiority over others. She possesses it, the lover considers her like Jordan, in the hands of the rest,” he confirms.

The singer is not just a fanatic. For him, Jordan is “the incarnation of God on earth” and when he touches his subject or meets to talk about it, he wears a 1998 Chicago Bulls training shirt and Jordan’s first “Air” shoes.

Tabarez knows that this is a plan without a prize, a crazy idea that is only part of a game. And he’s not even sure if he wants his song to reach Jordan’s ears because the idea of ​​divinity is to be far-fetched.

“If the song arrives in Jordan, he will just ignore it, he won’t move a hair. He must have thousands of rap songs that you mention. I don’t think he loves the song, it will only arouse any interest in him at the same time it seems to me that it is very funny that we are trying to We are trying to get to a place that we will never reach. “

Like millions, Jordan gave him untold happiness, causing him to wear his shoes even though the sole had already been worn and his feet exploded in pain at a concert.

“It’s a viral campaign for nothing in and of itself. Nobody is working for it to happen but at the same time there, it’s happening. It’s so weird. The song starts by saying,” It’s so weird. And it is, “he meditates.

Within the unattainable, Tabarez dreams of presenting operto the song at a meeting of the golden generation, since basketball in Argentina is felt in the same way as in Uruguay: River Plate culture consists of pure companion, chorizos, asado, fight, lost baskets and live play.

He concludes with a laugh: “My dream is for Oberto to put her on a barbecue of the golden generation when the shurpan comes out. This is my true goal.”