Juan Tagli: We are thinking of bringing in reinforcements, but we want to leave plenty of room for the youngsters 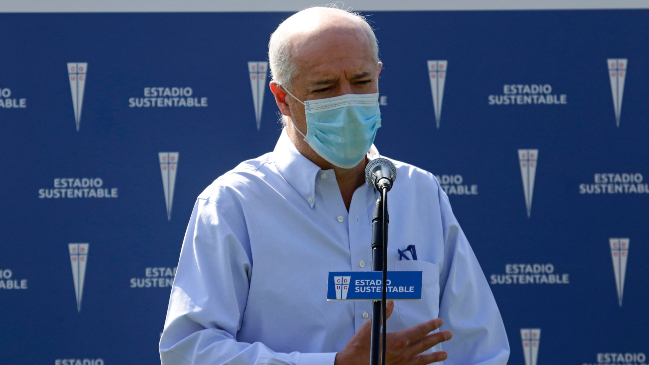 Chief Crozados, Juan Tagle confirmed that despite the renewal of a large number of players, they will employ reinforcements Search for Championship five times and played the Copa Libertadores.

Tagli said in an interview with our program Outdoors in Cooperativa that cWe are thinking of bringing in reinforcements, but we want to give space to the guys who have done well. We need to renew with Raimundo Rebolledo. If it doesn’t follow, we’ll have to look for a right-back, we’ll probably bring back the left-back, We want a midfielder fighting Ignacio Saavedra and a striker abroad“.

“We are also evaluating to bring in a goalkeeper, but Sebastian Perez will start as a beginnerBecause he got it in court. But, just as we brought the carrot as the second goalkeeper, if we brought another, he might have a chance.”

Also commented on the renewal Diego Bonanot: It was a huge ambition for the fans, but also for sports. Diego told us we wanted him in our project. Negotiations with Buonanotte’s representative took longer than we would have liked. Maybe he’s looking at other options.”

On the other hand, he referred to the new UC Stadium: “EWe expect work to start in April or May. We are working hard on financing and closing the sponsor. We will start playing the tournament at our home and then we have to move from that date to another stadium.”

“Primarily we hope it will be the National Stadium and if that is not the National Stadium, we have spoken with the residents of Unión Española. So in that case, until April, San Carlos should be without problems, and from April if all goes well, we go to Nacional or Santa Laura.”

Regarding Matthias Detoro, he said, “He has done well and we are fully aware of the love we have for him. We think Celta de Vigo will want to exercise the purchase option, if not, for the campaign they ownI think you’ll have options in Europe. I see it unlikely that he will be able to return to Chile in the short term.”

Regarding the criticism leveled at the management of women’s football, he pointed out that:Everyone has the right to express an opinion and to believe in the need to improve women’s football. There are three clubs that have grown a lot and we will come later. We are in the process of improving women’s football, not as quickly as everyone expects, and concluding the first contracts for female players. We are moving forward and women’s growth must be sustainable and be able to generate their own income. Getting sponsors costs a lot. I hope that the slap on the wrist will not only reach the batons, but all around them.”