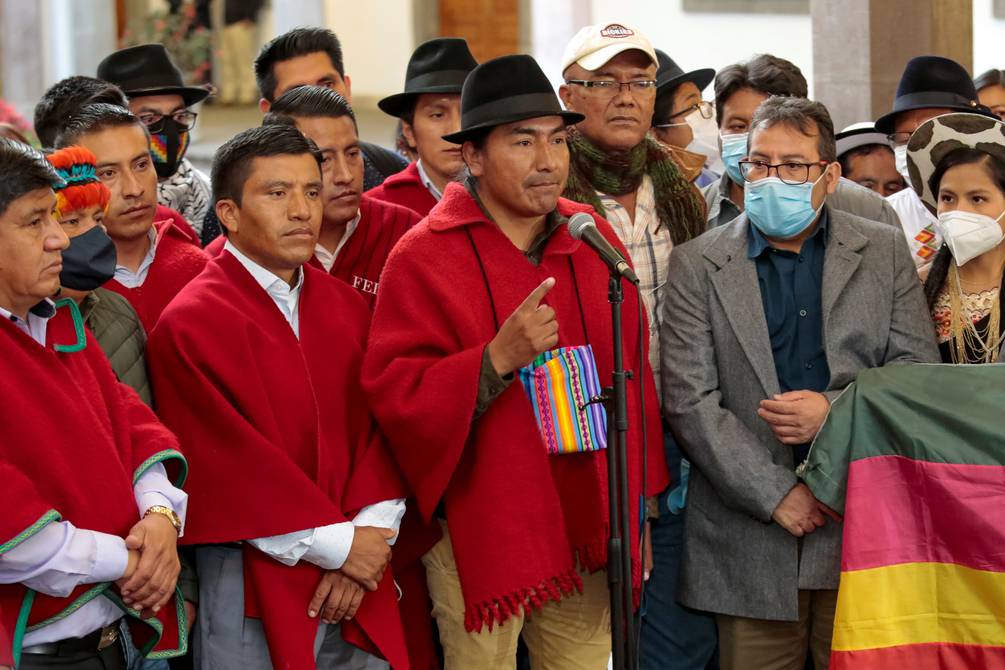 The organization rejected what it described as attempts at division that seek to destabilize the movement.

Through a statement, on the night of November 11, the Union of Indigenous Nationalities of Ecuador (CONE) endorsed the report on the Bandura Papers, prepared by the Assembly’s Committee on Constitutional Guarantees, which refers to an alleged violation of the President of the Republic. Republic, Guillermo Lasso, of the Code of Ethics that prohibits candidates for elected office and public officials from owning assets and funds in tax havens.

Similarly, the indigenous organization reiterated its support for Assembly member Fernando Capascango, chair of the commission, and lawmakers who voted in favor of the report.

“We will remain vigilant about possible vague agreements made by some Assembly members who have allowed themselves to succumb to the greater interests of political and economic power. He cautioned that members of the Council who have made accusations of irregular management in preparing the report, as a form of sabotage and delegitimization of the work carried out, will have to check of irresponsible statements made.

The Federation condemned the alleged political persecution of social leaders and people who played an active role in the investigation of the Bandura Papers.

“We reject the split attempts being made to destabilize Kony and the Plurinational People’s Front, which insisted on President Lasso’s failure to abide by the moral agreement (…) We urge once again the President of the Republic to go to the National Assembly to confront the country as the ruler and the citizens.” (I)