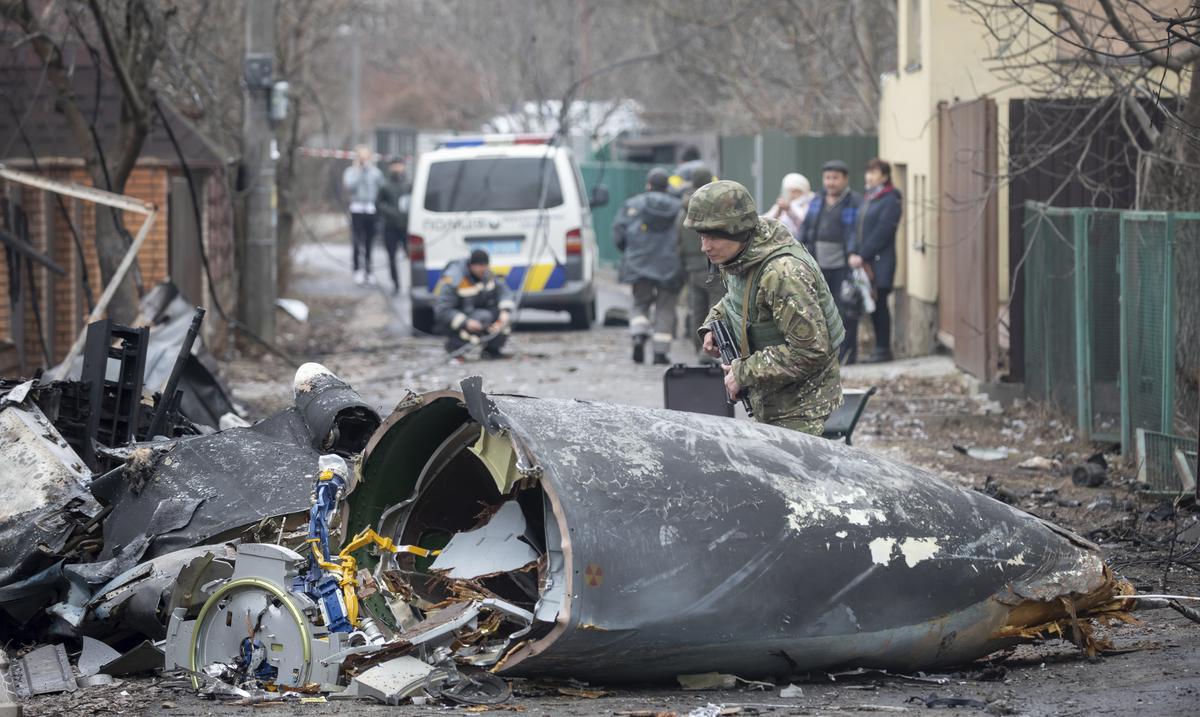 In the warning issued on Saturday, he advised people to stay in shelters, avoid getting close to windows or balconies, and take precautions not to be exposed to debris or bullets.

The Ukrainian armed forces had indicated earlier that a battle was raging near a military unit west of the city center. Kiev Mayor Vitali Klitschko said new explosions rocked the area near a major power station, which the Russians are trying to attack.

Klitschko denied today, through a statement of the Municipal Council of Ministers, the presence of regular Russian forces in the city after a night of heavy fighting and attempts by the Russian army to seize the Ukrainian capital. He stressed that “the army, the police, the National Guard, the regional defense units, and the volunteers are defending the city,” after noting that roadblocks had been set up in many of the city’s streets, which could impede the movement of transportation.

However, he stressed that major services in the city were operating normally, and emphasized that public transportation, including the subway, which also serves as an anti-aircraft shelter, allows essential workers to be transported to their jobs. “There will be more difficult days and nights, but we will live”“Justice is on our side,” he added.

With information from the AP and EFE.