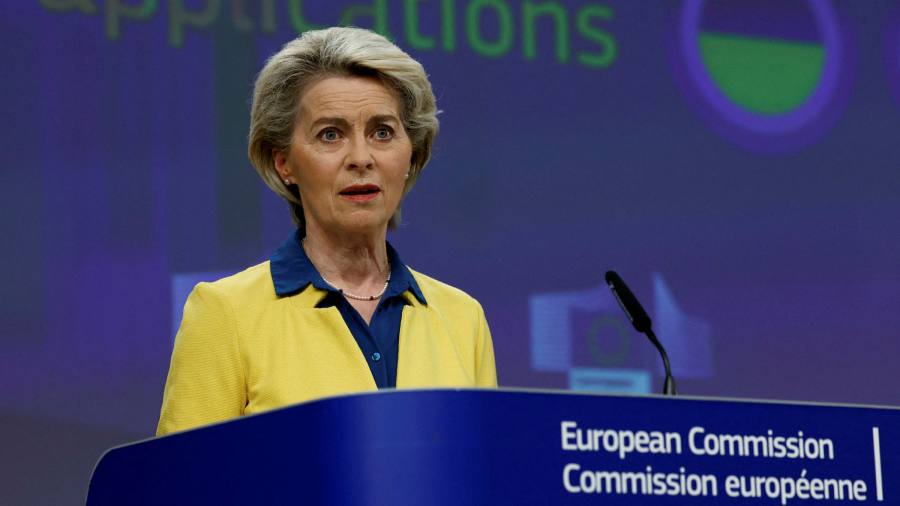 The European Commission recommended Ukraine to obtain candidate status to become a member of the European Union.

Ursula von der Leyen, commission chief, said on Friday that the EU executive believes Ukraine should be granted the status on the condition that it continues with reforms aimed at bringing it into line with EU regulations. These reforms include the rule of law, anti-corruption, and the justice system.

“Ukraine has clearly demonstrated the country’s aspirations and determination to live up to European values ​​and standards,” von der Leyen told reporters, noting that the European Commission “very carefully” assessed the “advantages” of its implementation.

Kyiv applied for membership shortly after the start of the Russian invasion of Ukraine on February 24.

Although an important step, the Commission’s opinion must now be endorsed by each of the 27 EU member states at the Leaders Summit to be held next Thursday and Friday.

Some countries, including Denmark, the Netherlands and Portugal, have expressed concerns about the move, and discussions are not expected to be direct.

The Ukraine dossier received a major boost on Thursday with the joint visit of French President Emmanuel Macron, German Chancellor Olaf Schulz and Italian Prime Minister Mario Draghi to Kyiv, where the three most powerful leaders of the European Union endorsed his desire to join the bloc.

However, even if Ukraine is granted candidate status by 27 countries next week, it faces a long and arduous process before actually becoming a member of the European Union.

Von der Leyen also said the commission had recommended placing a candidate for Moldova, on similar terms to Ukraine. But she said Georgia’s status as a candidate country should only be granted after it takes other steps aimed at meeting EU requirements.