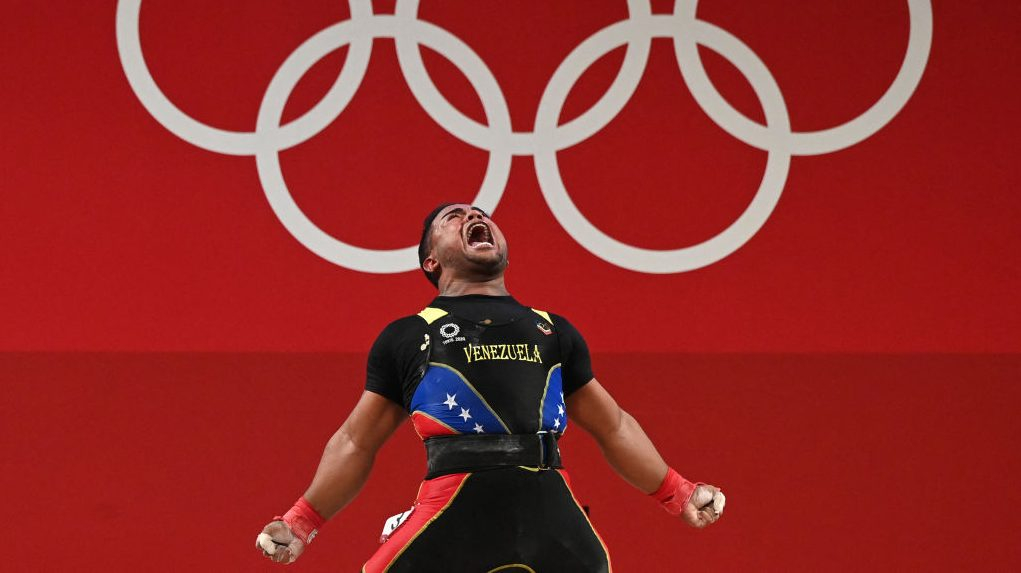 Padusa leaves the stadium in a wheelchair. (Photo by David Ramos/Getty Images)

Spanish tennis player Paula Padusa was forced to withdraw from her women’s singles quarter-final match against Czech Marketa Vondrosova on Wednesday due to heatstroke.

Padusa lost the first set 6-3 before requesting a medical break on Court 4 before starting the second set.

After a long interest, the Spaniard could not continue and announced her withdrawal from the match, before leaving the field in a wheelchair.

“I suffered from heat stroke as I’ve seen it all and didn’t feel fit to continue competing in the match,” Padusa said in comments posted on the Tokyo 2020 website.

“Besides the stress of competition, how special it is these days, these are things that happen in the sport, and I had to get through that terrain today.

“It was a shame to end my participation in this way. The conditions were demanding from day one, and we tried to adapt as best we could, but today the chassis did not resist today as necessary,” added Padusa.

Marketa Vondrosova, who previously beat Naomi Osaka, advanced to the women’s semi-final where she will face Ukraine’s Elina Svitolina.

Later, the 23-year-old Padusa retired from his mixed doubles match with his compatriot Pablo Carreno Busta.

The Spaniards were due to face Polish duo Iga Swiatek and Lukasz Kubot in the first round on Wednesday.

Padusa and Carino Busta were replaced in the draw by France’s Fiona Ferro and Pierre-Huge Herbert, who ended up losing 6-3 7-6 to the Polish duo.

“I leave feeling proud that I gave absolutely everything for my country, because I represented it in the most professional way I could,” Padusa said.

“I will focus on recovering, working to be well and giving myself the chance to come back to an event like this.

His retirement comes after both Novak Djokovic and Daniil Medvedev publicly criticized the Tokyo 2020 schedule.

Both players said it is best to start matches later in the evening, when conditions have calmed down.

During the singles match against Fabio Fognini, Medvedev told the referee: “I am a fighter, I will finish the match, but I can die. If I die, will the ITF take responsibility?”