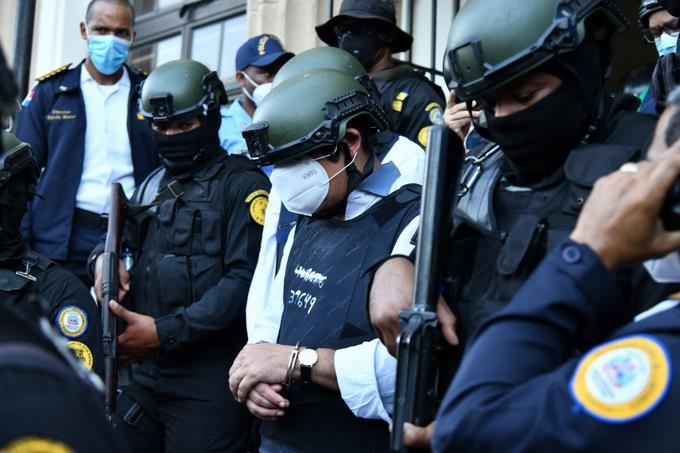 The judge of the Third Investigation Court of the National District learned, today, Friday, of the mandatory review of the compulsory measure issued against the defendants in the Octopus Anti-Corruption Network case.

Judge Pablo Imbert explains the review of the proceeding against the group of defendants by the then Judge of the Permanent Prosecution of the National District, José Alejandro Vargas.

At the hearing, representatives of the Special Prosecutor’s Office for Administrative Corruption and Persecution (Pepca) asked the court to order keeping the accused in prison, while the defendants’ defenses demanded that the coercion measure be modified.

The first time, the judge ordered the accused to be imprisoned after accepting a request to that effect from the Public Prosecution.

While this court awaits July 21 consideration of the mandatory review of the coercive measure taken by Alexis Medina Sánchez, brother of former president Danilo Medina.

Alexis’ case review was separated from the others, after they ordered the attorney to hand over to the accused the steps he had taken in the investigation such as search warrants, delivery and questioning of the defendant.

See also  After provoking Japan, China raises tension with Taiwan: It announced that it would "routinely" carry out exercises near the island.