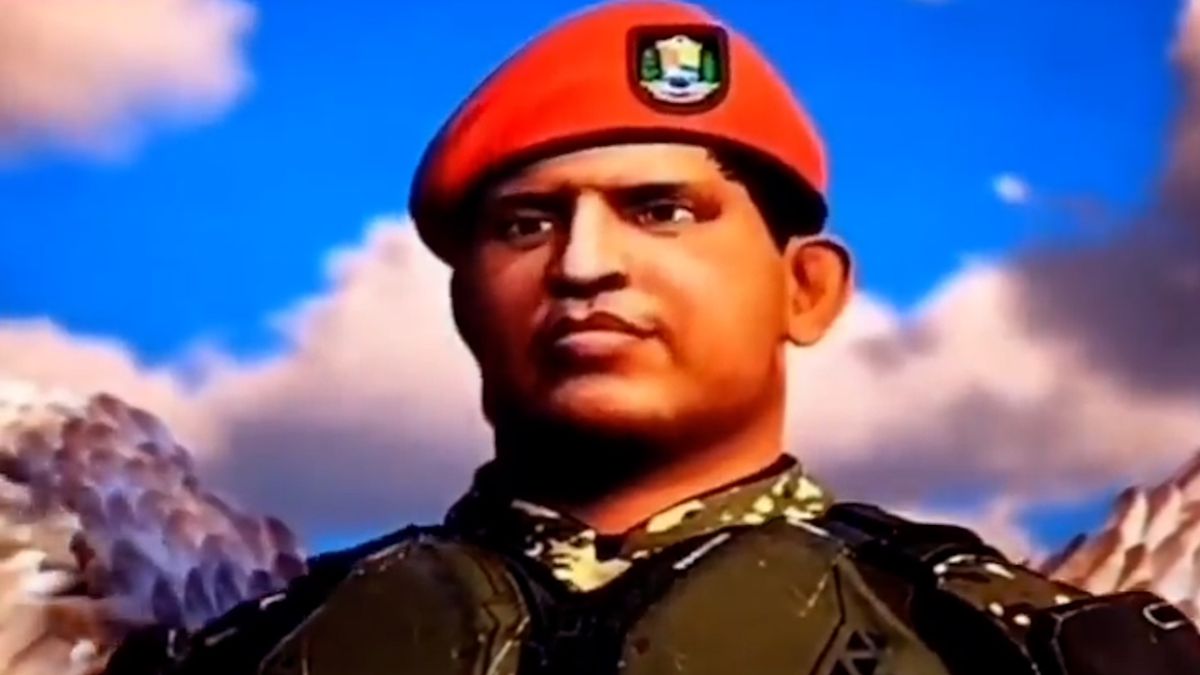 Rafael Lacava, Governor of Carabobo State and member of the ruling United Socialist Party, Carabobo State Venezuela, posting a controversial 3D animated video that caused an uproar on social networks and controversy within the Bolivarian ranks themselves. The photos are a tribute to the late revolutionary leader Hugo Chavez. Argentine soccer star, also deceased, Diego Maradona, and Venezuela’s president, Nicolás Maduro, are in a kind of Replica from the Young Avengers series.

The video was shown one year after the opening of the Diego Armando Maradona Recreational Sports Center, in the country’s central coastal city of Puerto Cabello. The event was attended by the current Minister of Energy and Petroleum Tarek El Aissami. Argentina’s ambassador to Caracas, Oscar Laborde, and former Argentine soccer player and coach Luis Alberto Islas. The content, celebrated at first by the Chavista ranks, was bitterly censured by María Gabriela Chávez, daughter of the commandant, because she considered it disrespectful. His claim was received like a bucket of cold water.

In the video, you can see animated figures of Maduro and Lacava dressed as superheroes, who suddenly see Chavez himself descending from the sky, in a military suit and openwork hat, with angel wings. Then he is respectfully received by the political leaders. Soon after, Maradona was seen falling from the sky, dressed in the Argentina national team uniform. The four of them end up doing spins and various volleys with the ball. Chavez and Maradona say goodbye and ascend to heaven, leaving an awakening with the flags of Venezuela and Argentina. Maduro and Lacava are still on the floor.

María Gabriela Chávez commented shortly after on her Twitter account: “The best way to honor Commander Chávez is to follow his example of life, humility and devotion. Never make a hideous video of some stupid superhero. It is disrespectful to my father’s memory. Chavez lives in the spirit of his people! “

The error did not stop there. As soon as Maria Gabriela Chavez publicly rejected the video, she received the support of Rafael Ramirez, the former president of Petróleos de Venezuela and the country’s energy czar during the years of Hugo Chavez’s government, who today lives in exile facing Maduro on charges of corruption. . Ramirez shared responsibilities with María Gabriela Chavez at the Venezuelan Embassy in the United Nations for about nine years, when Chavez died recently, when Maduro took office.

“He has my full support. In defense of the memory and action of Commander Chavez, we have been persecuted and exiled for doing so, but he lives by his example and his revolutionary work, always on the side of the people. I do not want and do not need the support of a criminal like you,” said Ramirez. As a daughter, don’t hold on to your personal projects. Will you defend the memory of Hugo Chavez? Ha-ha-ha, please.”

Rafael Lacava – who calls himself Dracula – is a controversial politician and neophyte from the ranks of Chavismo, very close to Maduro, famous for his outlandish outbursts and passion for football, an activity he never tires of promoting in his government practices. . His rhetoric is less ideological and closer to business than the vast majority of his fellow party members. One of his sons, Matias Lacava, is a prominent member of the youth ranks of the Venezuelan national team.

Although criticized for revolutionary orthodoxy and despised by some sectors of the opposition, Lacava is a successful general manager, with an important body of business inaugurated, which is quite unusual within a formal public administration. He has undeniable grassroots roots, both in the mayor’s office of Puerto Cabello, the city he’s from, and now in the province of Carabobo State.

His government pronouncements, projects, statements, and inaugurations are always presented with a Batman seal similar to Batman’s. In all opinion polls he is rated as one of the Chavista leaders with the greatest popular support. So far, both Lacava and Maduro himself have remained silent in the face of María Gabriela Chávez’s rebuke.