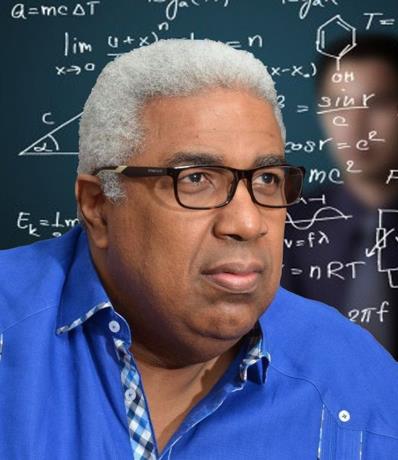 In this article we delve into the public data of the last 6 presidential elections since then 2000 until the 2020That is why this table of results shown in this reflection is presented.

As you will see between the 2000 until the 2016 The average number of participants in the elections was 72.03%, which is too high for a country that does not have compulsory voting for its citizens, for elections 2020 reduced to 55.29%, a product of the Covid-19 pandemic, i.e. 16.74% Below the average average in previous years, which means that 1,260,510 Voters did not turn up to vote to reach the historical average of the past twenty years.

It is more evident that the opposition vote had a lower lower bound than the government vote and an average as well, so judging by this data, the strength of the opposition vote is a fact that no one can dispute. The government vote is reduced when there are two important opposing political forces, as was the case in general 2000 That the Party of the Democratic Revolution and the Revolutionary Council of Ministers were opponents added an enviable thing 74.47% and in 2020 and PRM and FP A 61.42%.

The government seems to have its greatest electoral potential in the first round, as confirmed by the victories of the Democratic Liberation Party with the electoral minimum in 2012 With 51.21% and the maximum in 2016 from 61.74%; Do not take into account what was obtained from the government in 2000Because he lost them to the PRD, with Hipolito Mejia as its presidential candidate.

Everything seems to indicate that 2024 There will be three contested political forces: the PRM which will represent the pole of the government, the Democratic Liberation Party and the People’s Force which will represent the pole of the opposition, and all the other parties in the system, unless an outsider appears with numbers. To participate in the competition and can be nominated by any force recognized by the JCE, the majority or almost all of them will ally with these three parties, because the possibility of any party organization getting seats only occurs if they can form coalitions add votes to win themselves.

The government has undeniable strengths for building agreements with parties, because it can guarantee immediate participation in itself in exchange for electoral support, while guaranteeing the opposition to compete with the possibility of winning single-member presidential nominations (first or second round) and the levels of senators and presidents must be unified. Municipalities and municipal district directors, because if the government vote will not win a majority of those positions, the multi-member nominations are preferential or not, where the seats are divided opposition whether they get more positions than the government, everything will depend on the election system we use for elections 2024For it is clear that there are two ballot papers, one for the deputies and the other that by a jurisprudential decision of the Constitutional Court, councilors and members will be created, who will be separate from the mayors and directors of municipal departments.

We will analyze the government’s capabilities in this article and in the third installment we will evaluate the opposition’s capabilities. First, we have to make a model where we see the options, if the ruling party offers to re-elect President Abenader or if it is decided to make room for another candidate, the government vote is always united by the incumbent president. , except for honorable exceptions where the official party relies on an alternative leadership, which is not seen today in PRM, there are three primary reasons why the president has always been a favourite:

Game theory and intelligence to do:

Analysis of the negotiations likely to be conducted by the government:

See also  Natal confirms that Romero went into hiding to avoid being summoned, and analyzes the next steps

The government will have to make every effort to win in the first round or, in the hypothetical case of not winning, achieve a vote close to 50%; In the case of the second round, there will be so little left to win that it will frustrate the opposing forces, and thus make it possible to come to an agreement with a moderate sector of the same, with the aim of achieving victory more easily.

For the government to win: it must unite its party, the People’s Revolutionary Party; Do concrete actions that they can present to the electorate; strengthening and expanding assistance programs; Maintaining macroeconomic stability. Avoid paying tax reform only by those with low incomes; and to make public administration more efficient, and to bring it out of the apathy or paralysis in which most state institutions currently find themselves.

Predictive analysis shows us that the probability of the ruling party winning the elections in light of the competition of three political forces is one possibility. 50%Taking into account his strengths and weaknesses, President Abenader is passionate about opinion polls and the use of the most advanced technological tools for electoral marketing, in which no one can claim victory due to more mistakes made by his officials.

The opposition must prepare for the mother of all battles, because they do not doubt it, because there are sectors and an important group of voices against the Democratic Liberation Party, which does not want the power of the people either, because they understand it. Almost the same difference will be in a segment that grows every day, according to opinion polls, the disaffected, made up of anti-political, non-partisan and non-political, who today surround 32% of the electorate, will decide if they stay as they are or if they bring back those who are gone!!!