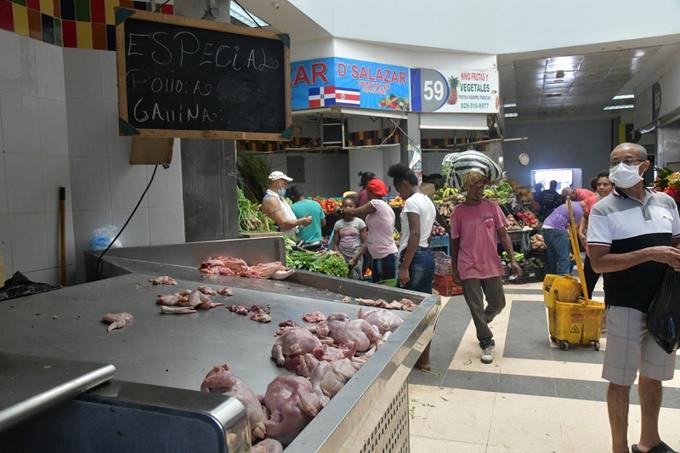 There are several opinions of cattle town merchants regarding the sale of pork, while some have stated that sales are made even with African swine fever (PPA), Others say the sale of these cattle is “too little”.

Felicia Burgos, a local merchant, assures that although many citizens fear the plague that has been recorded in several provinces of the country, the sale of pork is actively maintained, such as It’s marketed between $90 and S$95 per pound.

Burgos added that the retail acquisition of these cattle has been affected to some extent, but notes that it does not affect him due to the imported purchase.

“This is normal for me now because I buy it imported,” he said.

While another trader, Alexis, said the sale of pork to retailers is limited, and it has not been sold as much as in previous months.

“The pig is not sold and that does no harm,” he said.

Similarly, he said a pound of chicken sells for S$75 a pound, which previously sold for S$68 in his business.

During a tour of sectors of the capital such as Cristo Re Traders say that before they bought up to 200 chickens from producers, now they can only sell about 50 chickens And even less due to the rarity of this bird on farms, explains Juan de Dios, a retailer in the area.

“I used to buy about 200 chickens and now they only sell me 25,” he said, while selling chicken meat in the absence of chickens.

See also  The armed forces have built a 10,000-meter border fence with Haiti since 2019