Mexico’s Independence: Biden emphasized at the bicentennial celebration that “the United States has no closer friend than Mexico” 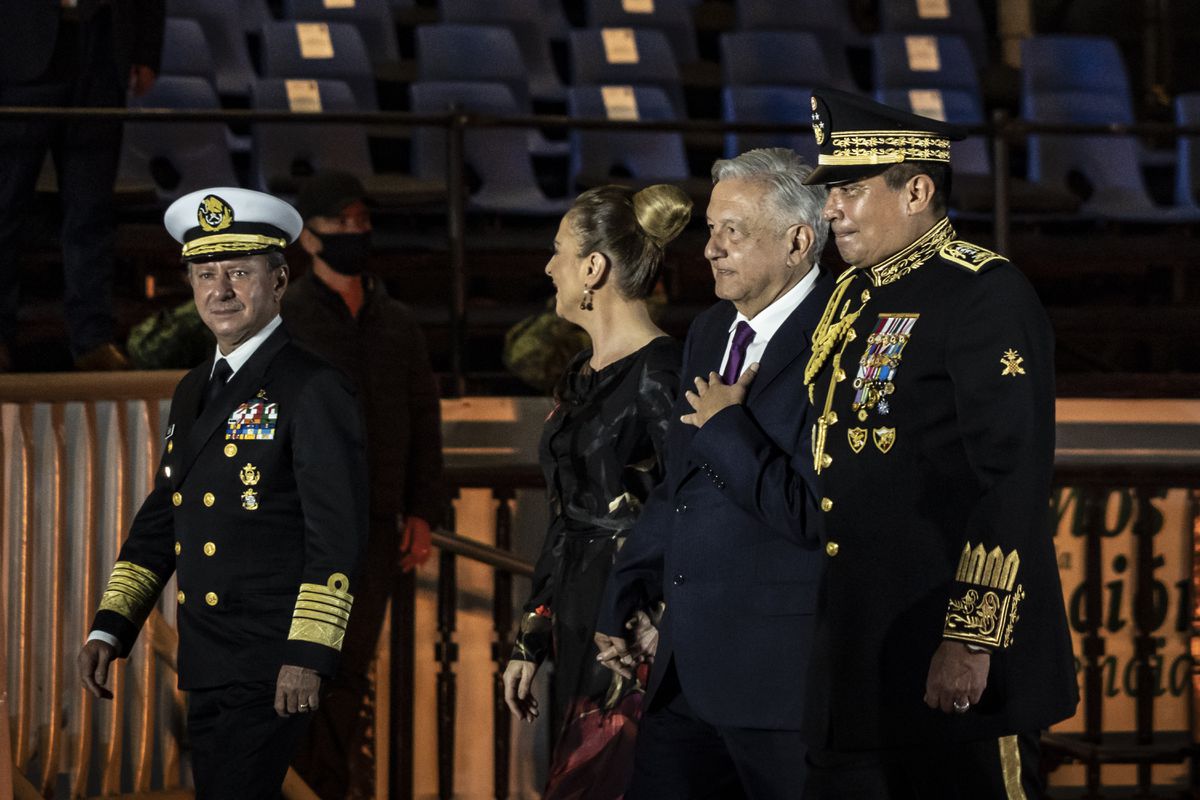 On Monday evening, on the occasion of the bicentenary of Mexico’s independence, Joe Biden highlighted the deep friendship with the neighboring country and the strength of diplomatic and economic relations of cooperation. “The United States has no friend closer than Mexico,” the US president said in a video broadcast during the ceremony, in which Andres Manuel Lopez Obrador showed the support of dozens of governments. Surrounded by high-ranking international representatives and envoys from Europe, Asia and America, the President listened to the congratulations of France, Italy, the Vatican, Russia, India and Belize, among other countries.

Biden’s message is particularly relevant because of the day-to-day ramifications of bilateral relations on both sides of the border. “My government is committed to continuing to build on this foundation to strengthen and expand relations between our peoples for the benefit of all of us,” he stressed. The President of the United States, Mexico’s main trading partner, also celebrated the new impetus that both countries gave in early September to High Level Economic Dialogue (Dean) For the purpose of supporting each other during economic recovery.

Despite the frictions that have arisen in recent months, especially regarding immigration, security and the implementation of the trade agreement between the two countries and Canada, the T-MEC, Biden has promised that his administration is committed to “strengthening and expanding the relationship.” “Throughout our history, we’ve learned that we are stronger when we come together as neighbors, partners, and friends,” he said. The recording sent by Biden replaces the words Secretary of State, Anthony Blinken, had to process from the Zocalo in Mexico City. Lopez Obrador announced weeks ago his participation in the bicentennial events, but the head of US diplomacy canceled the visit.

During the military parade on September 16, the Mexican president, who called his message today “extremely satisfying,” called on Biden to lift the economic blockade of Havana. He did it with Cuban President Miguel Diaz-Canel, And in front of the new US ambassador to Mexico, Ken Salazar, who was attending his first official presentation in the country. The Democrat finally decided to join, albeit from afar, the commemoration of Monday, an act that culminates a year of historic festivities and assertion of sovereignty.

Celebrating the bicentenary of Mexico’s independence, in 14 photos

López Obrador avoided mentioning Spain except by saying that “what happened 200 years ago forever is a sign of political separation” in the country. No official representative of Pedro Sanchez’s government participated in the ceremony. The ambassador to Mexico, Juan Lopez-Doriga, apologized for the instability. The controversies began in early 2019, When the Mexican president demanded an apology from Madrid and the Vatican for the excesses of the conquest. This forgiveness did not come, although the natural channels of cooperation were not affected in all cases.

The politician had announced at the beginning of his speech that he would dedicate the day to “highlighting the importance of maintaining friendly relations with all countries of the world.” Thus, he thanked various governments, in particular the governments of France, Russia, Italy and the Vatican. Pope Francis sent a congratulatory message to the President of the Episcopal Conference, Monsignor Rogelio Cabrera Lopez, inviting us to “heal the wounds” of the past. The bishop read it at the president’s morning press conference. In it, Jorge Mario Bergoglio acknowledges that “to strengthen the roots, it is necessary to re-read the past, taking into account both the lights and the shadows that have shaped the country’s history.” “This retrospective view necessarily involves a process of purification of memory, that is, recognition of mistakes made in the past, which were very painful.

For this reason, my predecessors and I have on various occasions asked for forgiveness for personal and social sins, and for all acts or omissions that did not contribute to evangelism.” However, Francis advocated not “to evoke the pain of the past” without moving forward, but to learn from them and continue to take steps for Healing wounds, cultivating an open and respectful dialogue between differences and building the much-desired brotherhood that prioritizes the common good over private interests, tensions, and conflicts.”