National basketball returns amid pandemic: “We managed to stand up” 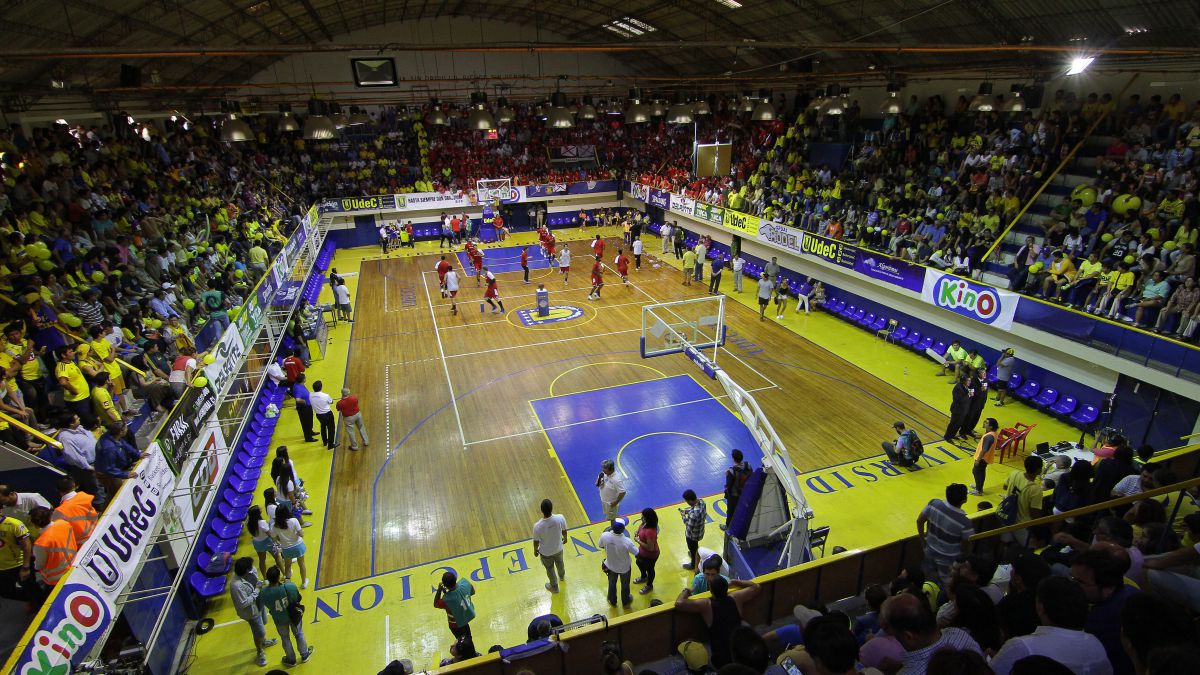 After a period of suspension during the month of April due to the complex health situation in the country due to the epidemic, The National Basketball Association will be back in action this weekend. Serious Healthy and shape-changing protocols It made it possible for the resurgence of this activity to happen.

“The Health Authority asked us to try to reduce transportation and handling as much as possibleThis means that we will try to play as much as possible in the regions stage and that the trips are short, without accommodation if possible, the president of LNB said in an interview with As Chile. Gustavo Allegrini.

That way, when the whistle blows this Saturday at 2:00 pm, the The confrontation between CEB Puerto Montt and CD Valdivia will begin and with it the official comeback of the National Basketball Association. All matches can be followed through the online platform Chilean LNB TVWhen subscribing. “In the league, there are very good players and when there is continuity, we will give a great performance.”He said ahead of the competition.

– What are the health protocols that allowed them to restore the league?
We are using the same protocol that was used when we started the Chilean Cup in January. It’s been tightening a little bit recently, but the protocol is the same. There are some little things that our advisory committee has listed, which is led by Dr. Cesar Kalazic, who is also one of the architects of football preservation. It includes social distancing, use of mask and gel alcohol, separation on seats, and a maximum capacity of 50 people in gyms. Players arrive dressed and the changing rooms are not used. All this paid off.

With the big stop last year and the stop in 2021, how do you see the level of competition?
– When you stand for a long time, even if there are training sessions and you can play with the team, it will affect. The level of competition is different from the level of the courses, but be careful, I think the teams do well. They are professional teams and have played three games and are starting to accelerate their pace again.

Many clubs have been boosted this year with foreign players, what makes the National Basketball League attractive to foreign players?
– The league witnessed a development that began to be noticed internationally at a time when Chilean players are seen abroad. There are basketball players from Chile in Argentina, the German Bundesliga and Spain, and at universities in the United States. All this indicates that a quantum leap can be achieved. We want to continue supporting all of that and making the league more attractive. Of course, when players are brought in from outside, the league acquires yet another excitement that we are used to. There are very good players, and when there is continuity, we will give a great show.

Check out this weekend’s match schedule:

How has the epidemic affected the financial stage of the clubs that are part of the LNB?
It’s something that affects us all a lot and we talk about it constantly. Everything means very big financial effort. For PCR to have a cost and all the clubs do two a week for all of the players and coaching staff, that really means brutal expenses, plus the players have been out of work for a month, and are paid anyway. With basketball on hold, sponsors sometimes don’t pay. We put in a lot of effort in April and now in May we need to play. I think we will recover.

– You tried to get back to competing for a long time, is there dissatisfaction with the IND and the Sports Ministry for allowing football to be active while the other disciplines are not doing?
Basketball cannot be compared to football in terms of what one spawns the other. A phrase comes to mind from Marcelo Bielsa about trying to make the Premier League in Europe: “The great and the strong are powerful because of what they summon and generate, but we must not forget that it is the boys who give the oxygen to the competition, and it is they who, in their desire to improve themselves, enrich the sporting competition” . Football is far from everything and we cannot compare ourselves. They have another financial and social background. Basketball remains the second most popular sport in the country, even in the South we are the first. Our sport has a lot of connection and is played indoors, and in that sense we cannot complain, because we were the first sport internal That allowed her to be able to play in the midst of the pandemic.

You had to take charge in the middle of last year at a very complicated time, what balance do you achieve in your management?
– He touched what he touched. When we took charge, we all thought the epidemic would be over in four or five months, but it was the opposite and it ended up getting worse. We did a lot of things for the League, in some we were wrong and in others we did really good things. We started digitizing the league and creating others like LNB TVWhere people will be able to watch the game through their different devices. We were able to improve the agreement we had with CDO. The most important thing is that we managed to get Chilean basketball on its feet in the middle of this context.

By the way, how did the internet platform succeed in following games?
Our expectations have been well met. All of the people we’ve had were normal, but despite all the subscribers, they were very good. Semi-annual and half-monthly, but I’m sure as the tournament goes on they will go the annual mode. There is no doubt that improvement is needed and there is a lot of ceiling to do so.

What does the National League and the Chilean Basketball Association require to achieve this paradigm shift?
It has to do with the fact that there is more competition at the lower level and that there is a greater promotion for these to the first teams. Playing with only one foreigner should help develop national players. I always tell the youngest ones that if I play around this time, I’ll kill myself because I can add minutes. When there are three aliens, it is very difficult for the little ones to play, unless there are some phenomena. Increased basketball exposure is also not available. All this will allow us to sponsor the federation with better players, so that we have a good national team. And if red is visible outside, then it will also be here in the country. This is how people start getting close.