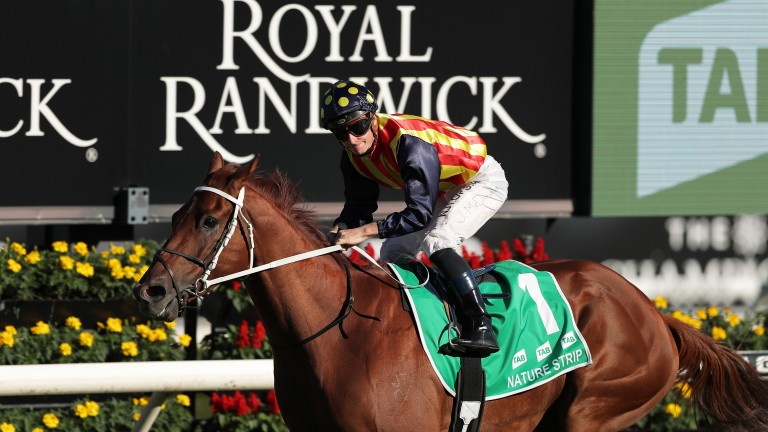 Australian sprinter Nature Strip proved why he is at the top end of the official world rankings in horse racing with an impressive performance in the 2022 King’s Stand Stakes at Royal Ascot.  The five-furlong contest attracted some of the fastest sprinters in the world and none could get close to Chris Waller’s runner.

The race at the royal meeting was expected to produce one of the best duals of the week, with American star Golden Pal also in the field. Unfortunately for connections of the US-based horse, he blew his chances at the start of the race.

A rematch between Nature Strip and Golden Pal is not going to take place this summer. The latter remains in the UK for the Nunthorpe Stakes. He is expected to be one of the leading horse racing tips and predictions for the race at York. Wesley Ward’s runner is +700 in the betting to bounce back in the Group One contest.

Nature Strip has now travelled back to Australia, with The Everest set to be his next target. He won the race in 2021 when he just got the better of Masked Crusader by a head at Randwick.

The appearance at Royal Ascot was Nature Strip’s first start outside of his home country, but he looked at home at the Berkshire-based racecourse. He broke from the stalls well and was then prominent at the front end of the field. When jockey James McDonald asked his horse to quicken in the closing two furlongs, he stepped up through the gears, eventually prevailing by four-and-a-half lengths.

Nature Strip has now recorded 21 victories in what has been an extraordinary career. The win at Royal Ascot helps him match what the likes of Black Caviar, Choisir, Starspangledbanner, and Takeover Target all achieved for Australian racing.

His success could also encourage his connections to return to the meeting next year, gaining him a possible shot at the Group One double, with the Platinum Jubilee Stakes over six furlongs an option later in the week.

Waller will have had mixed emotions about the way the week at Royal Ascot went for him. It started in the best possible way with Nature Strip’s victory in the King’s Stand Stakes. However, he will be disappointed that Home Affairs was not able to produce his best in the Platinum Jubilee Stakes.

Given Home Affairs defeated Nature Strip in the Black Caviar Lightning earlier this year, a lot was expected from the three-year-old on the final day of the royal meeting. He started his race well but just faded in the final couple of furlongs of the trip.

Unlike Nature Strip, Home Affairs has far more time on his side. His best performances could still be ahead of him. He is likely to return to the meeting in 2023 where he will get another shot at one of the feature races of the week.

Whatever Nature Strip goes on to achieve later this year and beyond, his outstanding run in the 2022 King’s Stand Stakes is likely to be the race that defines his career.