Northern India: At least 9 dead and 150 missing due to glacial collapse and dam hit | UK News 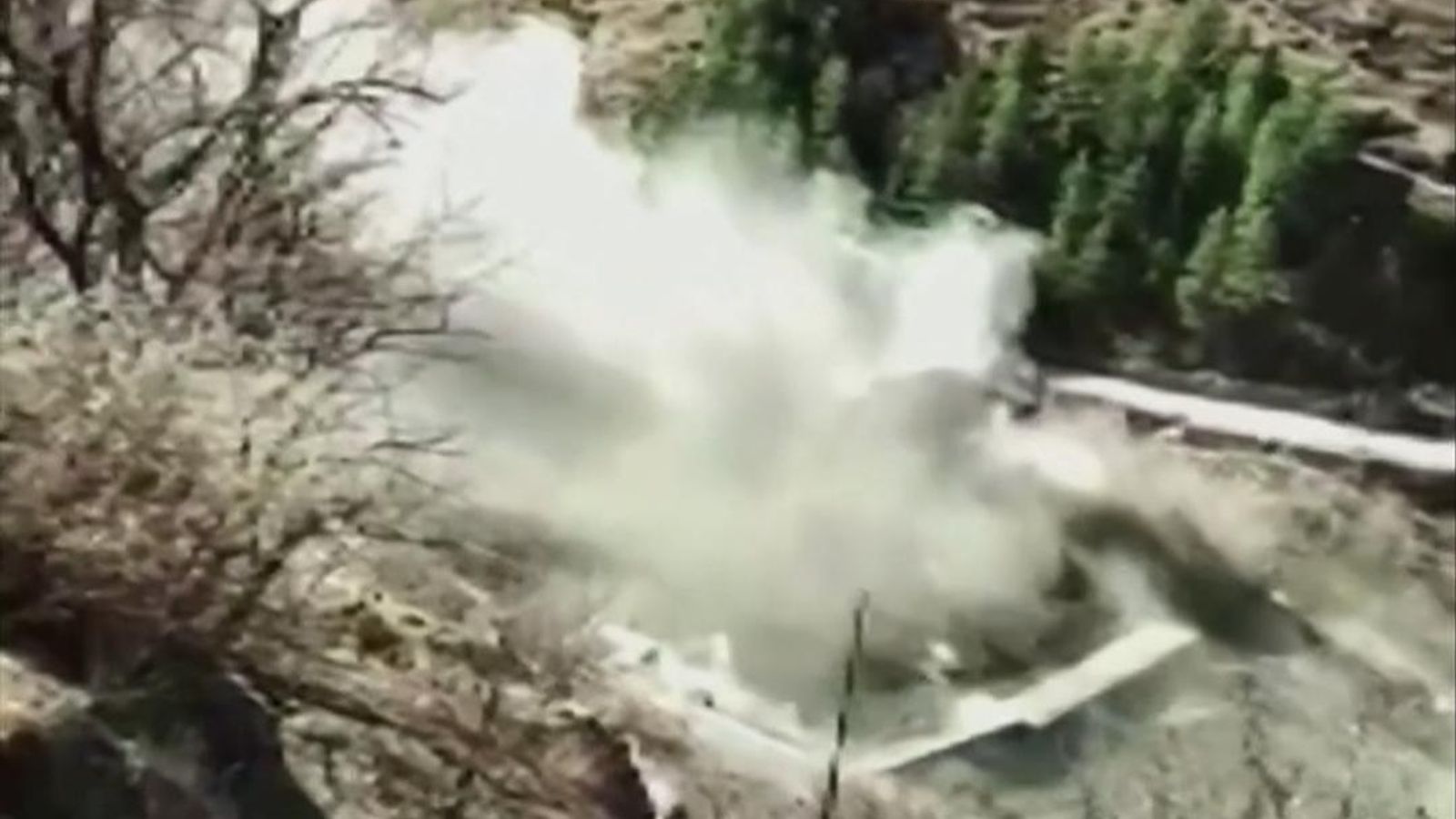 At least nine people have been killed and 150 others are feared to have died in northern India after a section of a glacier collapsed in the Himalayas, causing water and debris to flow into two dams to generate hydroelectric power.

Officials said a portion of the Nanda Devi glacier broke off in the Tabuvan region of Uttarakhand state on Sunday, and the subsequent floods damaged the Rishganga and Duliganga hydroelectric projects.

A government official said that at least 150 people working at the two power plants were missing and feared they would die.

Eyewitness Sanjay Singh Rana, who lives in the upper reaches of the river, told Reuters news agency: “It came very quickly, and there was no time to alert anyone. I felt we were going to drift away.”

Officials said the glacial collapse released the trapped water behind it and sent mud and other debris falling on the mountain to other water bodies.

Some houses were also affected by the floods, and there was an immediate evacuation of homes on the banks of the Alkananda River.

Officials said several teams of rescuers had been moved to the affected area.

See also  US Capitol: Joe Biden condemns Donald Trump and the "gangs" who stormed the building - "don't dare call them the protesters" | US News

Prime Minister Narendra Modi said, “India stands by Uttarakhand and the nation is praying for the safety of everyone there.”
Twitter.

In 2013, more than 1,000 people were killed in Uttarakhand after torrential rains triggered landslides and floods, washing away thousands of homes and roads.